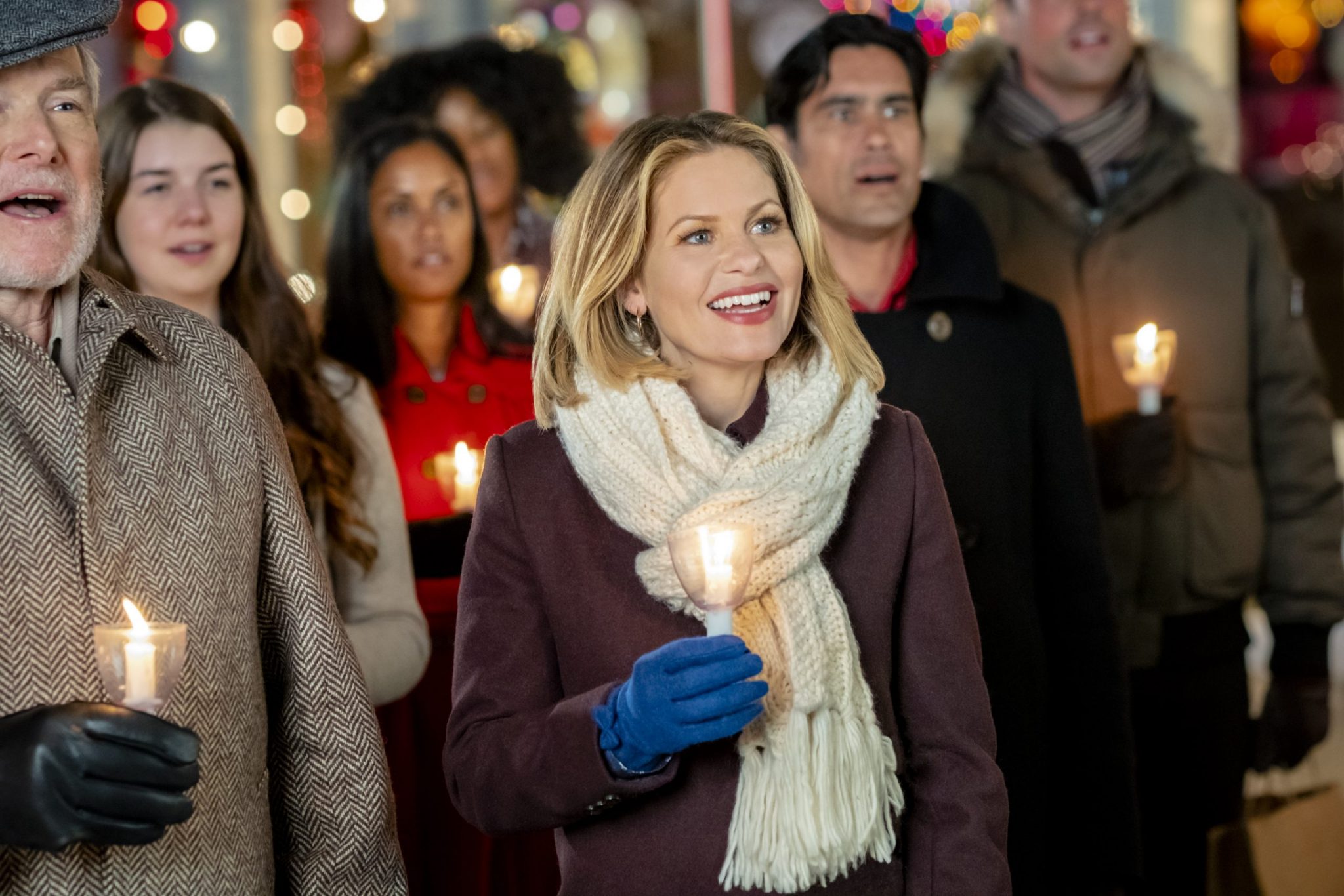 On Wednesday, Hallmark gave fans a sneak peek to their Countdown to Christmas 2020 movies. There will be a total of 40 movies that will air on the Hallmark Channel and Hallmark Movies & Mysteries. The premiere date is October 23 and they will last into the beginning of 2021.

But, in 2020 there is more. One of those things is that they are working on including some LGBTQ storylines in some of the movies. This is fulfilling a promise parent company Crown Media made in January.

And, because we just all need it right now, Hallmark is releasing two special wines for Christmas.

Some of these titles, like Christmas In Vienna have already been filmed. Others, like the When Calls The Heart Christmas 2020 movie, will begin filming sometime this summer/early fall.

Most importantly, fans can get excited about a Hallmark Christmas starting on Friday, October 23. This is when they will kick off the Countdown To Christmas 2020.

Is there a doctor in the house? @hollyrpeete is joining this year’s #MiraclesofChristmas lineup with her new movie #ChristmasDoctor. pic.twitter.com/3TcN8erFxr

Right now, they have only announced five titles. But, there will be 12 more announced in the coming months.

Michelle Vicary, the Executive Vice President, Program & Network Publicity at Crown Media Family Networks made a statement regarding some of the changes made at Hallmark.

“The Hallmark brand on TV has always championed positivity and emotional connection, and thanks to the dedication of our development teams and producing partners, we are excited to welcome new talent on both sides of the camera, as well as, announcing renewals of all of our original series and the return of beloved stars. Hallmark Channel Original Series are enviable within the industry for their longevity and for creating one of the most winning schedules on television.”

Hallmark says it is in "active negotiations" to include LGBTQ storylines in its holiday movie lineup. https://t.co/gO3ENm4bOF

Working On Including Some LGBTQ Storylines

Meanwhile, in the press release, Hallmark listed new talent that will be working with them for the Countdown To Christmas, Miracles of Christmas, and other programming. Moreover, their intention is to become more diverse and inclusive.

NBC reported that Hallmark is ready to include some LGBTQ storylines. For example, they report that a Crown Media representative advised that “some” of the Christmas movies “will include LGBTQ storylines, characters and actors.”

For instance, George Zaralidis, the vice president of network program publicity shared their intention. “We are committed to creating a Hallmark experience where everyone feels welcome.”

Subsequently, what does this mean? Above all, Zaralidis shared that Hallmark wants to be diverse and inclusive. Right now, they are indicating that more announcements are in the near future when he shared their intention.

“Diversity and inclusion is a top priority for us and we look forward to making some exciting programming announcements in the coming months, including announcements about projects featuring LGBTQ storylines, characters, and actors.”

But, right now, they are in “active negotiations.” Likewise, once these are done, they will make announcements. This is huge news, as the network points out that neither Hallmark nor Lifetime featured any LGBTQ leads in their Christmas 2019 offerings.

Lastly, what Hallmark can announce now is that they have Christmas wines to offer in 2020. Festively named “Jingle” and “Joy,” they are available for pre-order now. Jingle is a Cabernet Sauvignon. This full-bodied wine has aromas of cherry, dark chocolate and a “hint” of holiday spice. Joy is a Sauvignon Blanc. This crisp wine has notes of tropical fruits, white peach and ripe pineapple.

In short, Hallmark is working with lifestyle company Wines That Rock. Subsequently, they have made these special wines available to their viewers and for holiday gift-giving.

Countdown to Christmas and Miracles of Christmas premiere on Friday, October 23.