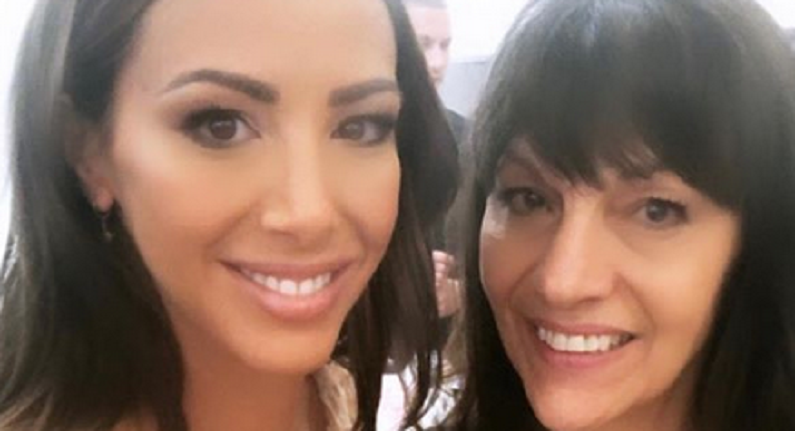 She admitted her wrongdoing. Kristen also said that she’s educating herself on racism. She had her first sit-down interview since her Vanderpump Rules firing. As TV Shows Ace previously reported, Kristen spoke out before, but only on political issues. She broke her social media silence on various issues concerning her and her family. Now, Kristen is talking about the Black Lives Matter movement.

The VPR alum had her first interview since her firing. Kristen Doute appeared on the Hollywood Raw podcast with Dax Holt and Adam Glyn. During the half-hour conversation, Kristen talked about the firing incident and what she learned. The entire interview will be available on Wednesday, July 15, as per The Blast. It will include more details about Kristen and her firing.

“I think the biggest thing that I’ve learned is that I have so much to learn,” Kristen admitted. “I know that’s super cliché and a lot of people say but it’s absolutely true because I think that I thought that I understood racism but now I’m really learning about unconscious bias.”

The former Bravo personality said she’s also educating herself on “anti-racism.” She wants to use her platform to make a positive change in the world. While Kristen admits she’s not perfect, she still wants to work on becoming a better version of herself. She even hopes she can “repair her relationship” with former friend Stassi. However, she knows that redeeming herself in public isn’t going to be an easy process.

“At the end of the day I’m not a f***ing saint,” the He’s Making You Crazy author said. “I’m doing the best that I can. I’m human and I make mistakes all the time and I’m just trying to do something every day that makes this a little bit better for everyone.”

After losing her job, Kristen reconnected with the Next Level Basic author. TV Shows Ace previously reported their first sighting together.

Fans slammed Stassi Schroeder and Kristen Doute for calling the police on Faith Stowers. Faith recalled the incident on an Instagram Live on June 2. She revealed that both co-stars filed false police reports on her after the Daily Mail published photos of an African American woman who was accused of robbing.

During the time, Kristen shared the photo on Twitter with the following caption, “Hey tweeties, doesn’t this ex #pumprules thief look familiar? I didn’t wanna go there but I’m going there.” But on the podcast, Kristen admits the mistake she made, as per Us Weekly.

“It was definitely none of my business to take anything to social media [and] essentially send a mob out to this person,” Kristen said. “Especially because she’s black. It was really just not my place to go there.”

Both Stassi and Kristen issued apologies on their respective Instagram pages. However, an inside source told Us Weekly that the ladies “didn’t reach out to Faith directly.”

What are your thoughts on this soundbite from Kristen Doute’s interview? Sound off below in the comments section.

‘The Bold And The Beautiful’ Spoilers, July 19-23, 2021: Carter And Quinn Are All In
Danielle Busby Cranks Up The Heat, Flashes Hint Of Cleavage: See Photo
‘Wicked Tuna: Outer Banks’ Season 8: Premiere Date, All Details
‘General Hospital’ Spoilers: Is A Maxie Recast On The Way?
Scheana Shay Confirms Engagement, Feels At Peace With Life