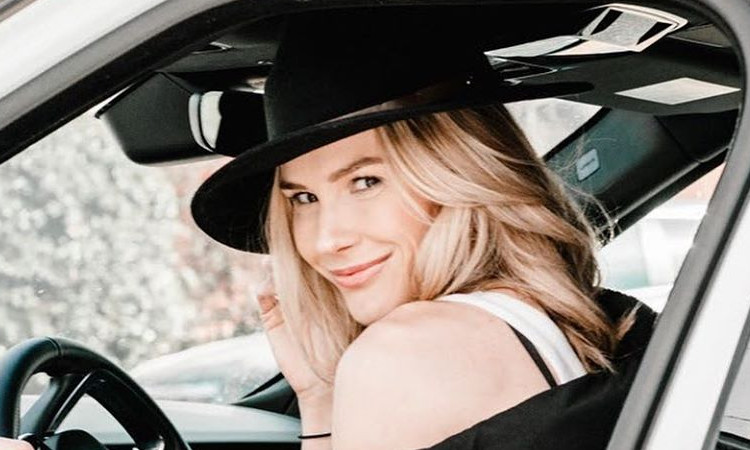 The Real Housewives of Orange County star Meghan King’s road to divorce isn’t an easy one. It’s been almost a year since her ex, Jim Edmonds, filed for divorce. The former couple split in October of 2019 after five years of marriage. The divorce filing came months after cheating allegations. Jim admits that he was sending inappropriate messages to another woman, but denies it was ever a physical affair.

Even so, they couldn’t make it work after the texting scandal. Jim quickly began dating another woman while Meghan was much slower to enter the dating pool. She went Instagram official with her new boyfriend in May.

With both RHOC’s Meghan and Jim moving on, they have been trying to work out a divorce settlement. At the end of May, reports came out that Meghan was unhappy with the prenuptial agreement. She wanted more money.

Jim’s PR team spoke to the press, sharing the details of his financial support of Meghan and their three children. In late June, the former baseball player said his marriage to Meghan was “abusive” and “loveless.”

The divorce settlement talks are still ongoing. The Blast reports that Meghan wants $1 million dollars with the guarantee that she’ll sign an NDA. An NDA would prevent Meghan from discussing their marriage.

Reportedly, the former couple are in mediation to avoid taking the divorce to trial. The Blast further reports that Meghan is contesting the prenup.

Even if the RHOC alum is holding out for more money, she’s moving on with her love life. The podcast host is dating Utah native Christian Schauf. The outdoorsman is the owner of Uncharted Supply Co, which sells survival kits.

Meghan began dating Christian a few months ago. While she goes back and forth between St. Louis, Missouri and L.A., he lives in Utah. She has spent time with him in Utah, as have her three young children.

Us Weekly reports that the new couple spent Fourth of July weekend in Cumberland Wisconsin. Meghan’s Instagram posts confirm the weekend getaway. She posted one selfie with her man on a boat. The sun is setting behind them, as they wait for fireworks to start.

Northwoods (Wisconsin) fireworks on the lake… where are you watching fireworks tonight? #HappyBirthdayAmerica

In another snapshot, the RHOC star and Christian are in the water. She holds onto what she confirms in the comments is a wakeboard while he holds onto her.

It seems that Meghan and Jim have a ways to go before they reach an agreement in their divorce. Check back with us for updates on their divorce proceedings.