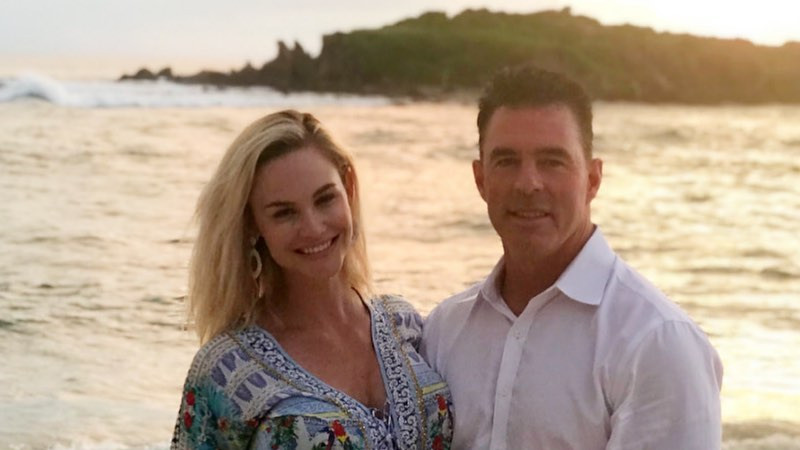 They’re not done fighting yet! The Real Housewives of Orange County alum Meghan King is reportedly unhappy with the prenuptial agreement she has with ex Jim Edmonds. While the couple split in October, they are still hashing out the details of their divorce. Particularly, child support and spousal support.

Meghan Open About Prenup While on RHOC

During Meghan and Jim’s time on RHOC, Meghan openly discussed the prenuptial agreement. In fact, she was the driving force behind the agreement in the first place. At the Season 10 RHOC reunion, she did so to ensure his family knew she wasn’t after his money.

However, now that the couple has split, she doesn’t feel the prenup provides enough financial support. As fans know, the former couple broke up in October after five years of marriage.

In early 2019, inappropriate texts that Jim sent another woman became public. They tried to move past the scandal but were unable to do so.

Jim Edmonds Claps Back at RHOC Star, His PR Team Details What He Pays

After news outlets reported that Meghan is contesting the prenup, Jim responded through his representative. According to Jim’s rep, the prenuptial agreement is ironclad. Additionally, she says that the former baseball player pays Meghan way more than the agreement requires.

Around the time of the texting scandal, Meghan went public with the fact that her son, Hart, has permanent brain damage.

When the RHOC stars aren’t battling it out in the media, they’re spending time with their new significant others. Jim has been dating Kortnie O’Connor since earlier this year. Kortnie is reportedly the woman Jim and Meghan engaged in threesomes with.

Meghan, on the other hand, just started dating again. She revealed on her Instagram account that she has a new boyfriend, Christian Schauf. Meghan spent part of Memorial Day weekend in Utah with Christian as the kids stayed with Jim and Kortnie in St. Louis.

It seems, however, that Meghan can’t stop thinking about her outdoors excursion. She posted two photos of Christian to her Instagram Stories on Friday, May 29.

The first photo is the RHOC alum and her new man relaxing on a bench. She writes she was “thinking about doing some mountain-y things.”

Another photo is of Christian in a kitchen, making cookies. She challenges her followers to share a “more drool-worthy” photo.

Tell us in the comments your thoughts on Meghan contesting the prenup.

The Real Housewives of Orange County Season 15 should resume filming soon. Check back with us at TV Shows Ace for updates.