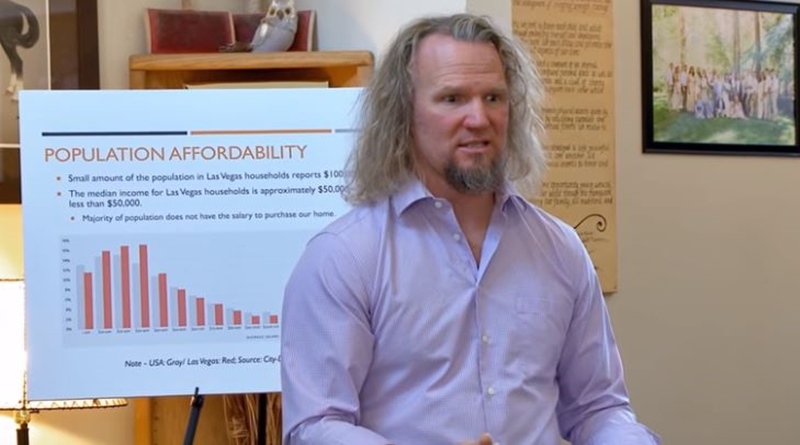 Sister Wives fans heard in August last year that Paedon allegedly caused an accident while tailgating in Las Vegas. It happened in October 2017. Facing a lawsuit, Kody faced the possibility of paying out for damages. After all, at the time, Paedon drove Kody’s car. Now, the case that went to arbitration resulted in Kody needing to fork out the cash.

Recall that originally, Paedon and Kody Brown faced a lawsuit for $15,000 damages. At the time, the complainants, Stephanie Gonzalez and her passenger, Mirella Flores, wanted payment when they suffered from some injury after Paedon rear-ended them. The lawsuit got filed in December of 2018. The damages claim included “pain and suffering,” Starcasm noted. Plus, they wanted compensation for “lost wages, loss of earning capacity, physical impairment, and mental anguish.” On top of that they claimed “loss of enjoyment of life in a presently unascertainable amount.”

The Sister Wives family got their attorney who filed against the plaintiffs. But now, it looks like they lost their counter appeal. The Sun UK detailed the costs that Kody, and possibly Paedon need to find. According to court papers they obtained, the amount adds up to just shy of $30k. They include:

The court claims all added up to $29, 855. 39. It’s not a good time to face this payment. After all, they struggled a lot with the move to Flagstaff. Fans know the Las Vegas homes sold slowly. And, at one stage they owed back taxes. In fact, Janelle Brown currently stresses with her annual tax returns, she noted on Instagram. On her main Instagram, Janelle posts pretty pictures of herbs, flowers, spring vegas. But in her Stories, she noted she gets stressed about taxes.

The Sister Wives mom seems fully into understanding finances. In the last season, fans grasped her concern about finances. Meanwhile, the other wives seem a bit clueless. Not to mention that on social media, fans wonder what goes on in Kody’s mind. He laid out a lot of money on property in Flagstaff. Christine took to Instagram practically begging for money to pay for “someone’s surgery.” Fans assume she talked about Ysabel and her back issue. Maybe she really needed the money since Kody now faces that court payment of $30k.

What do you think about Paedon’s rear-ender costing Kody $30k all these years later? Sound off in the comments below.