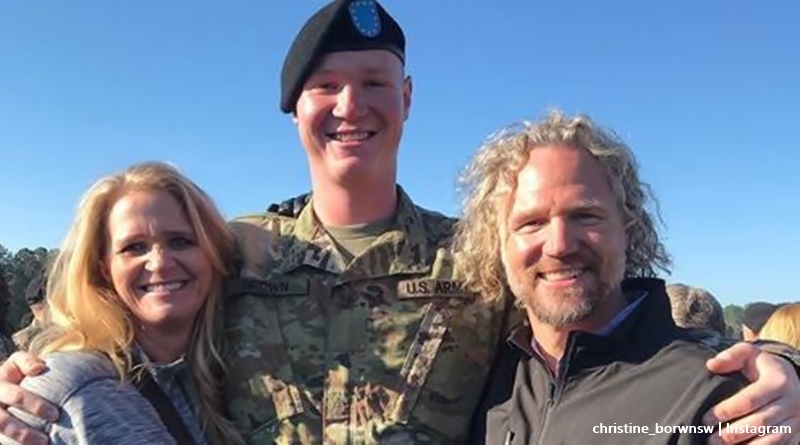 Sister Wives fans know that Paedon’s a tall and rather fit-looking member of the National Guard these days. Parents, Christine and Kody Brown, are obviously very proud of him. But, when it comes to fans of the show, he seems happier in the background. Nevertheless, he’s getting some attention now, from an accident that he allegedly caused in Las Vegas. Reportedly he rear-ended a car and now he faces a lawsuit for damages. And, it could mean Kody ends up paying out cold hard cash.

Sister Wives kids mostly stay out of trouble, but Kody might fork out cash for Paedon’s mistake

According to Starcasm, Paedon and Kody Brown face a lawsuit for $15,000 damages. According to court documents they obtained, it appears that complainants, Stefannie Gonzalez and her passenger, Mirella Flores suffered injury after Paedon rear-ended them. It’s not exactly clear in these court documents who’s who in the case. It looks like the name Kevin comes up repeatedly. Nevertheless, Starcasm seems happy enough it pertains to Kody and Paedon Brown of the Sister Wives show.

According to their article, “In a lawsuit filed in December of 2018, plaintiffs Stefannie Gonzalez and Mirella Flores are suing Kody and his son Paedon Brown for an amount “in excess of $15,000” due to injuries sustained when Paedon reportedly rear-ended the ladies while driving a vehicle owned by Kody.”

The accident that took place happened when an “emergency services” vehicle pulled out suddenly, causing the traffic to stop. Allegedly, the people ahead of Paedon stopped, but he didn’t. Hitting the back of Stefannie Gonzalez’ car, it then pushed them into the rear of one ahead of them. This sounds like quite a straightforward accident we see all around us very often.

Now, the two women claimed a long list of things the resulted from that. These include, “pain and suffering, lost wages, loss of earning capacity, physical impairment, mental anguish, and loss of enjoyment of life in a presently unascertainable amount.” However, the Sister Wives patriarch and son Paedon allegedly claim via their attorney it’s not their fault.

The court filing by Kody and Paedon Brown’s attorney

The Sister Wives family does have an attorney, and he filed against the plaintiffs. Nevertheless, according to Starcasm, “There is an arbitration hearing scheduled for January 8 of next year.” Of course, most people assume those at the rear usually were at fault. However, when it comes to damages claims, there may be other circumstances to consider. These could be anything from the plaintiff not having working tail lights, to not wearing seat belts. Even not applying a handbrake to a stopped vehicle can result in a rear-ender affecting the vehicles ahead.  Sometimes, the plaintiff opting not to seek medical treatment could affect the long term physical suffering by them.

Enjuris.com explains that “The injured drivers can sue for pain and suffering, but only if their injuries are exceptionally severe. … An injured driver can sue the other driver personally or his insurance company, or both! Everyone pays according to each party’s degree of fault in the accident.”

What do you think about Paedon Brown’s alleged accident resulting in these damage claims? Now, if found in the wrong, Kody may need to find cold hard cash. That’s not going to help their current rumored financial problems. Allegedly they may still owe penalties on unpaid Flagstaff property taxes. Sound off your thoughts below. Have you ever been rear-ended? Or, were you ever sued for one? Let us know in the comments below.

Remember to check back with TV Shows Ace often for more news about Paedon and Kody Brown of Sister Wives.