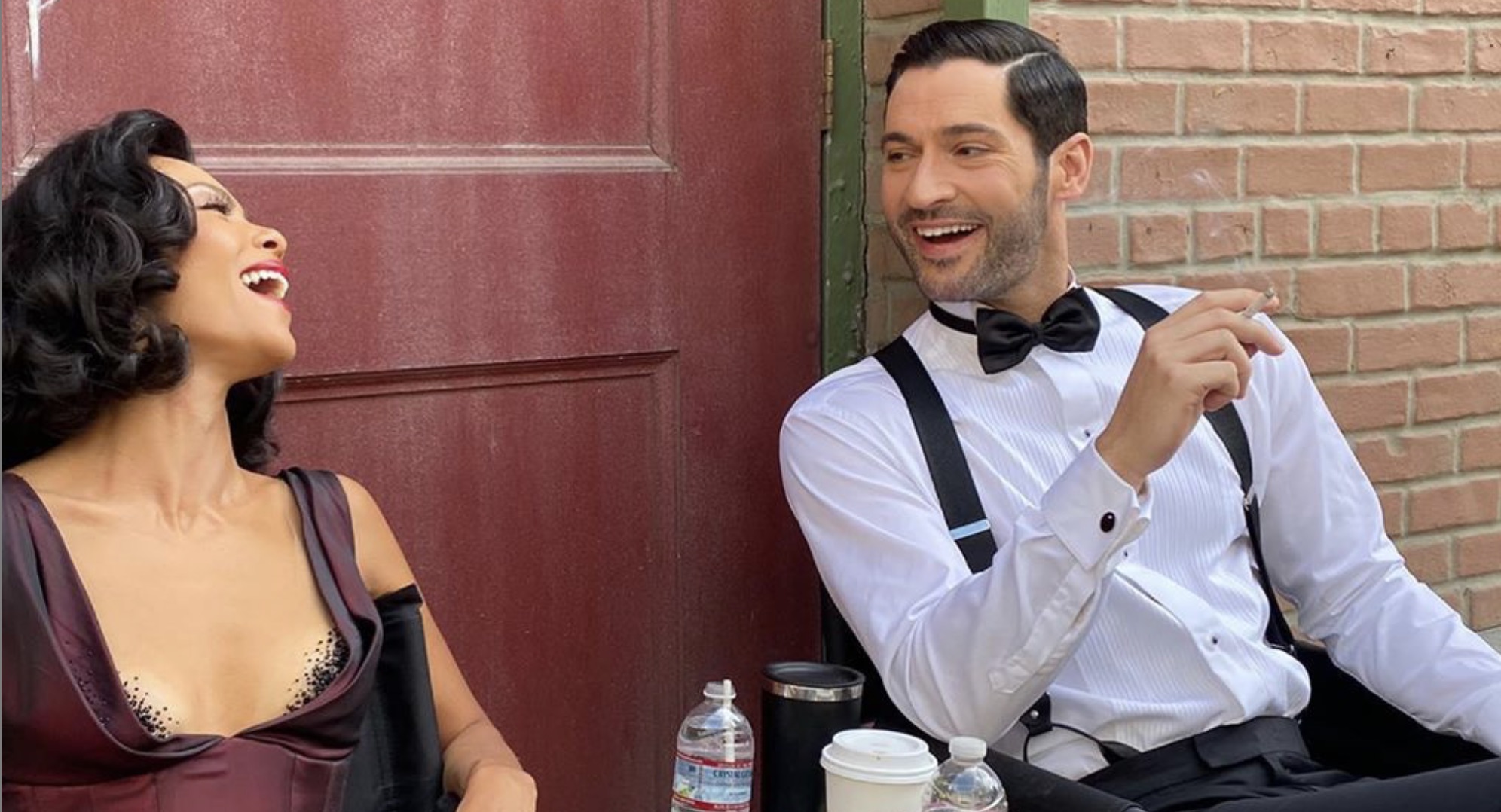 Who would have thought Lucifer would save 2020? After months of chaos, Lucifer Season 5 is that bit of respite. On Monday, Netflix made it official by releasing the Season 5 preview video and announcing the Part 1 August 21 drop date. But, what did the video reveal?

In the video, we see many of Lucifer Morningstar’s sexy trysts. Eventually, the scenes morph from a cornucopia of willing partners to just Chloe Decker. By the end, it is just Deckerstar. Very romantic.

Along with the video, they wrote, “And now, for your viewing enjoyment, we present 66.6 seconds of Lucifer’s hottest, sexiest, most downright devilish moments. Be sure to watch all the way through.”

What Netflix wanted to make sure was that Lucifans saw the official drop date. That was not all. They gave a brief summary of Season 5.

What Did Netflix Reveal About Season 5 Storyline?

First, there is no mention of Dr. Linda, Detective Douche nor Maze. Or Trixie. Second, is this the summary of Season 5, Part 1 or the entire Season 5 season? We don’t know.

But with this small statement, Lucifans should wonder what to expect in Season 5. Fans have figured that Lucifer has to return to Los Angeles, from his hellish perch. And it is no surprise that Amenadiel’s life is turned around a bit, now that he is a dad.

But there are two big questions. Who is Ella dating, and could this change the course of Lucifer’s life? And most importantly, what do they mean by “Chloe rethinks romance”? By the end of Season 4, she declared her love for the devil, horns and all. What sort of rethinking is she going to do?

The Other Big Lucifer News: Season 6, The ‘FINAL, Final’ Season

On Tuesday, Netflix dropped even more big Lucifer news. They announced Lucifer Season 6. Starting around Valentine’s Day 2020, there were rumors that the devilish show would return for a Season 6, despite making it clear that they canceled it and there was no way it would return. First, Ildy and Joe were rumored to sign contracts. Later, Tom Ellis. The rest of the cast was already signed on through six seasons.

It is understandable that Lucifans were frustrated that the series would end at five seasons. Lucifer got the record for the most binge-watched show. It beat out some heavyweights as Game of Thrones. Not bad, eh? The criteria used are what TV Time users record. This is not an overall count of who has been binging the show. It is based on data their fans share.

Historically, Netflix does not reveal viewership information. But, they have now made a daily top 10 list and have even revealed some of the exceptional numbers.

Although Lucifer Season 4 trended for many months, Netflix did not reveal streaming numbers. But, clearly, Lucifer was a successful Netflix series. Because un-canceling a show is not common.