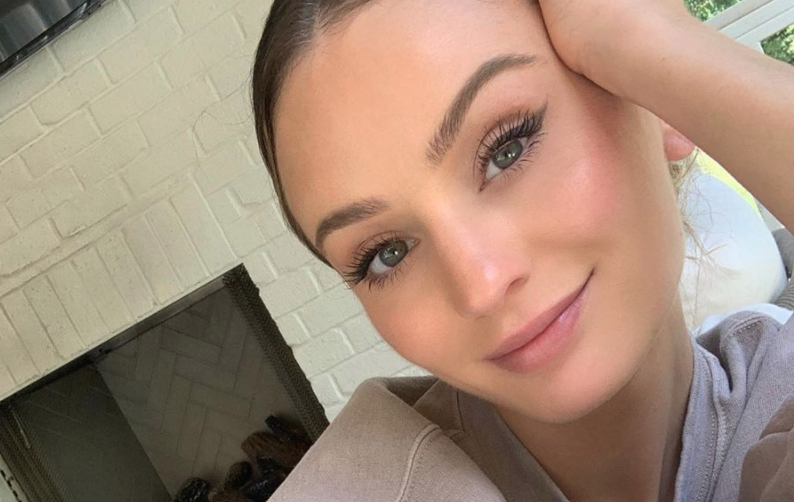 Bachelor fans got relive Lauren Bushnell and Ben Higgin’s engagement this week on The Bachelor: The Greatest Seasons — Ever!. However, times have changed and now, Lauren is talking about starting a family with her husband, Chris Lane.

Lauren and Ben got engaged at the end of The Bachelor after Ben told two women he loved them. They had an engagement that lasted a while too. However, ultimately the two split up. It was really tough on Ben as he tried to go on with Bachelor Winter Games and Bachelor in Paradise. Since then though, they have both found love elsewhere. Lauren’s now-husband is country music star, Chris Lane.

On a recent Instagram post, Lauren revealed that she can’t wait to start a family with Chris US Weekly reports.

“About to get personal but I am very excited to start a family and get asked when we are having kids ALL the time but it just hasn’t happened yet,” Lauren wrote in the sweet post.

Sounds like she is ready to start having children!

Husband appreciation post. We got engaged about a year ago and y’all, I don’t know what I did to deserve this man. About to get personal but I am very excited to start a family and get asked when we are having kids ALL the time but it just hasn’t happened yet. When I was talking about it with Chris he said ‘well, have you prayed about it?’ I said ‘well, yes’ and he responded ‘Have you really prayed hard about it. If that’s what we really want, pray, and know it will happen in God’s time if it’s what He wants for us!! I’ll pray with you!’ As I write this now I literally have tears streaming down my face because I cannot image living life without you @iamchrislane. I am so lucky I get to wake up next to you every morning, lucky I get to pray next to you and am continually humbled by your heart of gold 💖

This isn’t the first time…

This isn’t the first time the topic of children has come up for the pair. After they got married back in October 2019, they said they knew kids would happen, the timing just wasn’t right yet.

“When it happens, it happens. I don’t really know [the timing]. … We don’t know if we’re completely ready for that yet, but we’re also not not going to try either. When it does [happen], it’ll be the right time,” Lauren said.

Now, it sounds like the time could be getting closer. They have been engaged for about a year now and married almost the same, and clearly Lauren is getting closer to getting ready. There’s no telling how many kids they will have though. According to Chris, it could be a lot. He says he is good with two but thinks Lauren will want more when the time comes.

“Lauren grew up with three other siblings. She probably wants a lot from what I’ve heard,” Chris revealed about his wife.

Fortunately, Chris even says he thinks that Lauren will be a great mom after watching her take care of their dog. They are definitely a cute couple and it seems like they will make an even cuter family. Only time will tell when that happens though!

Do you like Chris and Lauren together or did you like The Bachelor couple better? Let us know what you think in the comments. Be sure to come back to TV Shows Ace for news on all of your favorite Bachelor stars.