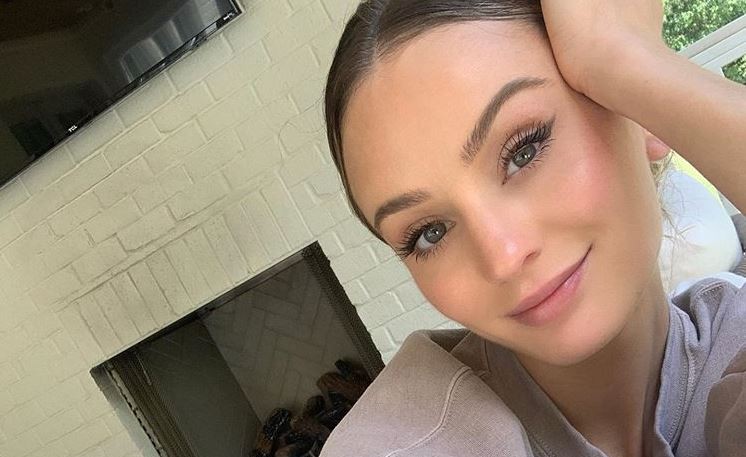 Reliving the past isn’t always easy. It especially can’t be easy if the relationship being aired for millions didn’t work out. Monday night fans saw Ben Higgins season of The Bachelor re-air. There are two women that did not watch this trip down memory lane. Ben’s current fiance Jessica Clarke chose not to watch the show. And, Ben’s ex-fiance, Lauren Bushnell Lane, also chose to pass on reliving that season of her life.

E! News shared all the details about Lauren’s decision. According to the report, Lauren went to Instagram to share her reasons why she would not be watching. She started out saying she had been getting tons of questions about why she hasn’t been promoting the season.

Lauren said she and husband Chris Lane would not be watching although it sounded like a fun trip down memory lane. She said, “I’m very thankful for the show and the experience.” Lauren continued, “Have nothing but respect for everyone I shared that chapter with including the producers, Ben and all the lifelong friendships I made.”

@chrisbharrison: “Ben, are you ready?” Me: Nope FYI, my answer 4 years later is the same. Have fun tonight #bachelornation you have been a part of my life for four years and I am so grateful. You have enhanced my life in so many ways. Tonight, laugh at me and with me but please show a tremendous amount of love and support to the best group of women on any season ever! Pull out your favorite drink, kick your feet up and then enjoy!

Lauren said she doesn’t regret her time on the show. She said, “I’m not sure I would have met my husband had I not put myself out there and gone on the show. I’m a better person for it—but that chapter doesn’t define who I am and it never did!”

Lauren went on to say she just lets others do the talking about that time in her life. While she is thankful for the opportunities The Bachelor gave her, she has moved on. Lauren said, “I’ve just moved on and am incredibly happy now.”

My hot date hiding behind the camera 🤫

Lauren and Ben got engaged in 2016

Ben’s season was a tough one. He ultimately told two women he was in love with them. One being Lauren, the other JoJo Fletcher. Of course he sent JoJo home and proposed to Lauren. The two tried hard to make their relationship work. They just couldn’t get past some things. They broke up in 2017.

Lauren then met and started dating country singer Chris Lane in 2018. They married last year. Ben has since moved on and went public with his relationship to Jessica Clarke in 2019. He proposed earlier this year during the coronavirus pandemic. They plan to marry in 2021.

While Ben and Lauren didn’t work out, it led them to where they were both supposed to be in life.