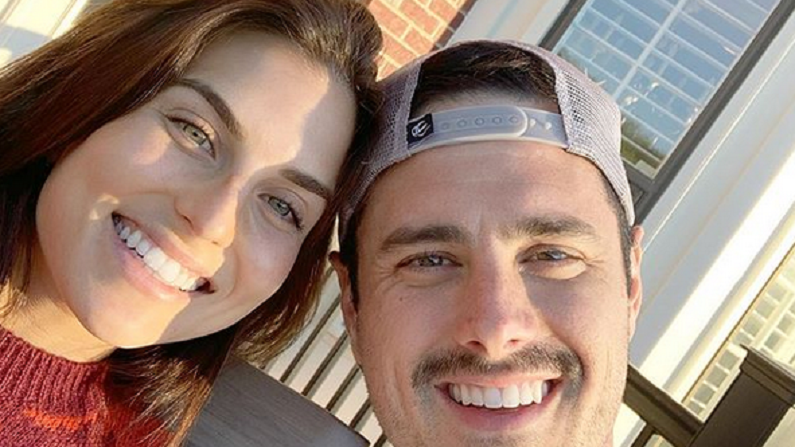 Ben Higgins wants to push pause on his love life. The Bachelor alum revealed that he wants to remain long-distance with fiancée Jessica Clark until 2021. For most long-distance couples, this may feel like forever. But the couple has successfully maintained their long-distance relationship for the past few years.

They feel that it’s made them stronger than ever. Ben Higgins and Jessica Clarke previously revealed that they want to wait until their wedding night to consummate their relationship. They are committing to make it happen. Now, the couple wants to stay long-distance until their fall 2021 wedding. Read on to learn more about their decision.

The former Bachelor spoke to Entertainment Tonight’s Lauren Zima on Monday, June 22. Ben Higgins revealed that he and Jessica Clarke want to remain long-distance until their fall 2021 wedding. This might come as a shock to Bachelor Nation. But the couple talked about delaying intimacy until their wedding night. While the couple got engaged in March, they don’t want to move in together until they are married.

Jessica lives in her hometown of Nashville, Tennessee where she’s currently studying to become an esthetician. Meanwhile, Ben lives in Denver, Colorado. The couple remained long-distance ever since they started dating in 2018. This mutual decision improved their relationship.

Took a few chances. Took some twists and turns. Tried my best to be my best. Invited millions to observe and critique the journey. Spent many nights wondering “why?”. All to find that the whole time the road led to you @jessclarke_

Ben and Jessica want to stick to their promise. Even if it’s not easy. The couple wants to wait on being intimate and sharing a bed until their wedding night. The former Bachelor made the revelation during Nick Viall’s podcast.

Why Ben and Jessica want to wait until their wedding night

Ben Higgins and Jessica Clarke quarantined together. But it wasn’t ideal for them. That’s because they don’t want to be intimate until after they say, “I do.” Jessica was unaware that Ben shared that part of their relationship on Nick Viall’s podcast, but she’s “pretty good” about being open to Ben. So, she felt that revealing their decision was not a big deal.

“I mean, it’s something we’re not ashamed of,” he explained. “And it’s not even just, like, a faith-based decision. Jess and I are both firm believers in Jesus, but this was her dream. It’s a standard that she held for so long.”

Ben admits it’s a decision that they “disagree on.” But he wanted to support her because he respects her. The former reality star claims that delaying intimacy is better than he anticipated. He also added that he and Jessica made these vows before the coronavirus pandemic. The couple postponed their wedding to the end of 2021.

“We made that commitment long before we thought we’d have a year-and-a-half engagement,” Ben laughed. “So, we’re still sticking to it, I wanna be clear right now. But we could use some support.”

Ben Higgins and Jessica Clarke haven’t set a date for their wedding. But they want to get married by October or November 2021. They refuse to plan a wedding in the middle of a pandemic. They want to wait until Jessica’s brother, who is a professional baseball player, finishes his season and can attend.

What are your thoughts on Ben Higgins and Jessica Clarke remaining long-distance until 2021? Sound off below in the comments section.