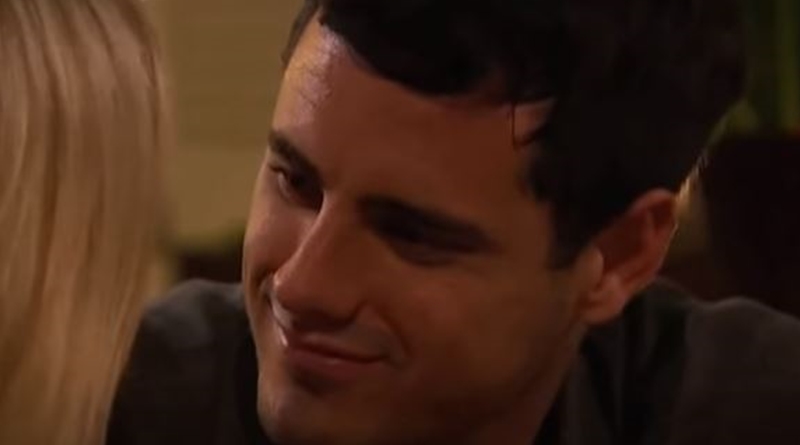 Bachelor star Ben Higgins knows both Becca Kufrin and Garrett Yrigoyen well. He obviously cares for both of them. As they face issues since Garrett shared his stance on Blue Lives Matter, their relationship goes through hard times. But as a friend, Ben feels it’s best they deal with this now rather than after marriage.

Fans know Ben Higgins mainly for Season 2o of the show. He also worked with Becca on the short-lived ABC Live Tour. Very popular, he now sees two people he cares for hit a rough patch. And, it’s an important thing he feels. Recall that Garrett got the attention of Rachel Lindsay for supporting Blue Lives Matter. With the Black Lives Matter movement right now, sharing that on social media backfired.

Bekah Martinez also got in on the condemnation. She attacked Garrett for his post on Instagram. Bekah felt that talking about Blue Lives Matter at a time like this just adds to the division. In the Bachelor Happy Hour, Garrett’s girlfriend Becca told Rachel that she didn’t think Garrett came from an ugly, bad place. Realistically, with family members in law enforcement, it’s not surprising that he posted in the first place. But obviously, it worries Becca. It devolved to the point where right now Becca’s not actually sure about their relationship.

Becca uncertain about Garrett, Higgins thinks it’s best they deal with this before marriage

Ben Higgins told US Weekly that “it’s tough.” But he thinks that it might be best they deal with this sort of thing now rather than later on. He told the outlet that he talked with Becca. He believes that “any time relationships end, it’s tough. But I also know that you need to be with somebody that, morally, you agree with.”‘ It’s a hard call for Becca, as she obviously loves Garrett.

However, the Bachelor alum feels she needs to make some sort of decision. While Becca and Garrett talked it over, it’s not clear they survive this. But from Ben’s perspective, he feels it’s way better they have the difficult discussion now, rather than after they get married. He said, “I know this is a unique scenario that is probably raising some really good and healthy and deep conversations for them.” Ben hopes they “figure it out before they would get married.”‘

As far as he’s concerned, the Bachelor alum thinks that “if [The Bachelorette couple] disagree, then it is best that they separate.”‘ Do you agree with Ben? If morally they can’t reach common ground, is it best for them to just split now? Sound off your thoughts in the comments below.