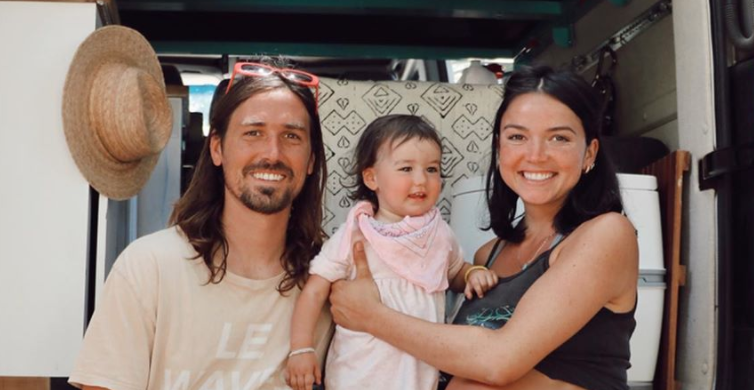 Bekah Martinez and Garrett Yrigoyen are in a bit of a fight because Garrett posted something on Instagram that Bekah doesn’t agree with. He even uninvited her from coming over again.

According to US Weekly, Garrett posted a photo with a lengthy caption on Instagram. His post involved supporting the police force and essentially not grouping all cops into the “bad cop” category. Bekah however pointed out that by doing this he was diminishing the Black Lives Matter movement.

“It’s important for me to recognize the ones who stand in the gap and put their lives on the line each and every single day for humans of different race and ethnicity, including those who hate them,” Garrett wrote on the post.

Bekah’s basic thoughts on this is if you are going to say something like this why say anything at all? She believes that this seems more like a PR move than genuine feelings to the victims in this situation.

“It’s almost better to not say anything at all, in my opinion, because when you’re doing that I find it, personally, especially if you’re going on to write a full-on dissertation about the police, you are sort of trying to absolve yourself of this responsibility,” she said. “Like, ‘Yeah, I’ve held space and I’ve posted this black square and my work here is done.’ And it’s, to me, it’s more of, like, a PR move. I don’t see how that’s providing any actual solidarity,” Bekah said on the situation.

Through all of this, Bekah has made it clear that while she likes Becca Kufrin, she doesn’t like Garrett. In fact, she straight-up admitted her feelings towards him. She isn’t holding anything back.

“I don’t particularly like Garrett and I’m not interested in having dinner with him,” she said in reference to him no longer inviting her to dinner because of her comments.

Bekah says that she hopes this doesn’t negatively impact her relationship with Becca. Apparently, she hasn’t really been close to her in a year though. Becca has been with Garrett for quite some time now. This could definitely play a part in what’s going on.

Do you like Garrett? Do you side more with him or Bekah? Let us know what you think in the comments.