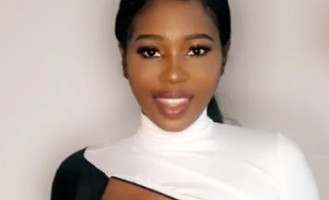 What did VPR‘s Kristen and Stassi do to Faith?

During an Instagram Live interview last week, Faith gave details about her time on the reality show. Faith appeared on VPR part-time from 2015 to 2017. She had an affair with Jax Taylor during Season 6, which angered Kristen and Stassi.

At the time, Jax was dating their friend and co-star, Brittany Cartwright. Jax and Brittany have since married, despite his infidelity.

In 2018, Stassi and Kristen saw a news report about an African-American woman sought by police for theft. The two noticed a resemblance and called the police to report Faith, who is also black, as fitting the description.

While the police never acted on the tip, Kristen also shared her suspicions on Twitter. She tweeted a photo of the culprit, asking her followers if the thief looked “familiar.”

Whether Stassi and Kristen’s behavior was racist or just mean girl, it’s illegal to falsely report someone to the police.

VPR alum believes she has ground for defamation, but statute of limitations ran out

The former VPR star tells Page Six that she has been in contact with a lawyer. However, she notes that “the time may have passed” for a defamation suit. The outlet reports that there is a one-year window for defamation lawsuits. Since the incident happened in 2018, Faith can’t sue for that.

However, there’s still the possibility of suing for a false report.

Kristen and Stassi are popular with VPR fans, especially Stassi. The truth is neither fans nor co-stars like Faith after she slept with Jax. As a result, many fans don’t think Stassi should have been fired at all.

I hope #StassiSchroeder and Kristen sue for wrongful termination. Prove it was racist! Those two would have done that to anyone. Im am so sick of everything being racist. before calling it racist, think how was it racist? Just bc someone is not white does not auto make it racist.

In fact, some speculate that Stassi (and Kristen) could sue Bravo for wrongful termination. The problem is that Stassi is the source of the story about the two of them calling the cops. While Faith’s retelling last week brought it to the mainstream, she heard it straight from Stassi’s mouth.

As a result of the story coming out, Stassi lost her podcast and several endorsement deals. Her wedding column with Glamour magazine was discontinued. Her PR team dropped her, too.

Tell us in the comments or tweet us your thoughts on Stassi and Kristen’s firing. Did they deserve it or is Bravo going overboard due to pressure from the public?

While Stassi won’t return for a possible Season 9, Season 8 still has one more episode to air.