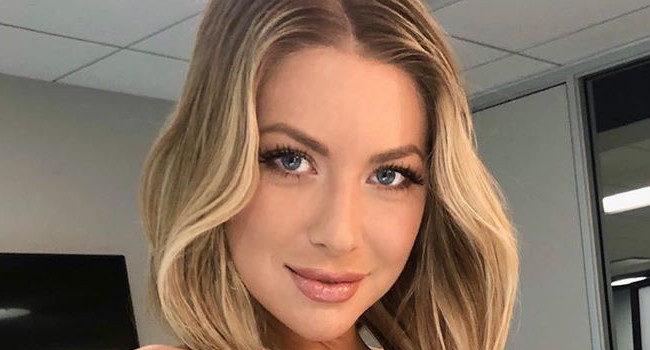 The hits keep coming for Vanderpump Rules star Stassi Schroeder. As fan outrage grows over Stassi’s prior bad behavior, more agencies cut ties with the reality star. A few days ago, a few of Stassi’s sponsors ended their partnerships with Stassi.

Why Are Fans Mad at VPR‘s Stassi?

The #cancelstassi movement began after former VPR star Faith Stowers revealed some surprising details about being the only black cast member on the Bravo show.

Faith was a recurring cast member for Seasons 4 and 6 of Vanderpump Rules. She gained notoriety during Season 6 for having an affair with Jax Taylor. The affair happened while he was dating his now-wife, Brittany Cartwright.

While Faith didn’t recount any overtly racist behavior, some shady things went down behind-the-scenes. The one getting the most attention is Stassi and Kristen Doute calling the police on Faith.

That story came from Stassi herself during an appearance on The B**ch Bible podcast. Subsequently, Faith repeated Stassi’s story during an Instagram Live interview late last week.

According to Stassi, she saw a woman who looked like Faith on the news. The police wanted the woman for stealing money. The woman wasn’t Faith, but Stassi claims their tattoos matched.

However, fans suspect Stassi was just trying to pay Faith back for hurting Brittany.

As the story’s traction grew, several instances of Stassi’s other bad behavior came to light.

Among the allegations include:

While Stassi isn’t the only VPR star to treat Faith badly, she is getting most of the heat. However, Jax also tweeted rumors of Faith being wanted by the police and AWOL from the military.

After days of backlash, Stassi lost several of her endorsement deals. Coincidentally, Stassi then publicly apologized to Faith. However, fans immediately took issue with the timing and wording of the apology post.

In fact, they noted that the apology sounded a lot like Kristen’s apology. Both apologies came within minutes of each other. Many fans questioned the timing, asking why Stassi didn’t apologize BEFORE she lost her sponsors.

While her other VPR co-stars remain silent, Katie Maloney stuck up for Stassi.

That Apology? NOT Written By PR Team, They Dropped VPR Star

Some fans called out Stassi for her “PR apology.” However, it turns out it wasn’t written by her PR team. They’d already dropped her, Variety reports.

Since Stassi’s agent works for her former PR company, the VPR also lost her agent. In fact, the company chose to “part ways” with Stassi over the weekend, long before fan backlash reached its current fever pitch.

Variety, along with other outlets, note that Bravo refuses to comment on the situation. Bravo exec Andy Cohen and SUR owner Lisa Vanderpump have also remained mum.