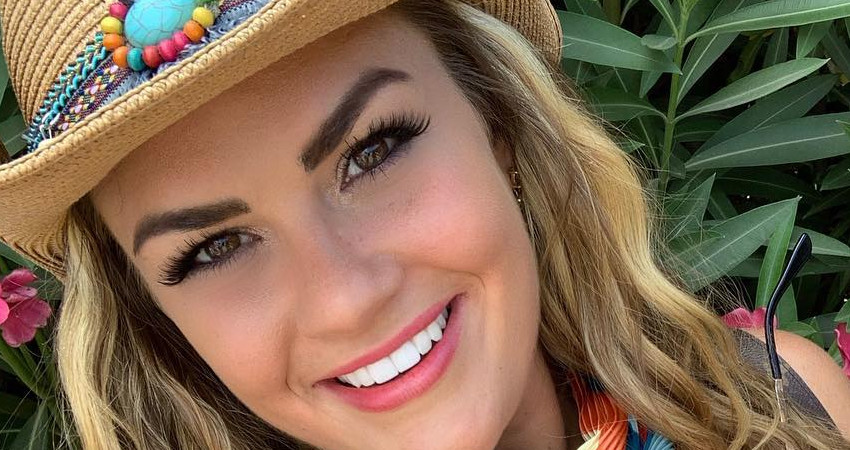 Vanderpump Rules alum Faith Stowers doubles down on her accusations against Brittany Cartwright. Last week Faith revealed that Kristen Doute and Stassi Schroeder once called the cops on her. However, there was another part of her VPR experience being overshadowed by Stassi and Kristen’s behavior.

During an Instagram Live interview, Faith also claims that someone on the show called her “nappy” during an argument. However, she never specifically names the culprit. And yet, one of the VPR stars spoke out to deny making the comment.

While Faith didn’t name names during the interview about which VPR co-star called her “nappy,” fans speculated that it was Brittany. In fact, so many fans trolled Brittany over it, that she eventually responded.

In a now-deleted comment to a fan on Brittany’s #BlackOutTuesday post, the Kentucky native denied having anything to do with it. Brittany wrote that she didn’t have a “racist bone” in her body.

Furthermore, Faith never apologized to her for sleeping with Jax, she says. Brittany admits yelling at Faith, but denies saying anything racially-charged.

In response, Faith said that both of those claims are lies.

On Thursday, June 11, Faith video chatted with AfterBuzz TV about her allegations of racial bullying. During the chat, Faith reveals who called her “nappy:” Brittany.

Furthermore, the former VPR star went into specific detail about the circumstances surrounding the insult. And there’s a witness.

According to Faith, she was on a speakerphone call with VPR co-star Scheana Shay. During the call, Faith could hear Brittany in the background. Faith claims that she tried to speak to Brittany and apologize.

Knowing that Brittany could hear her, Faith says she asked Brittany if they could talk. Instead of giving Faith a chance to apologize, Brittany cussed her out, People reports.

Faith notes that Brittany was in a “bad space” still. However, Faith tells AfterBuzz TV that she clearly heard Brittany call her a “nappy-headed ho.”

Scheana wasn’t the only one privy to the call, Faith alleges. She says that her family heard the comment and was “very insulted.” Scheana has yet to confirm or deny hearing Brittany throw a racial insult at Faith.

Once Brittany’s comment denying her involvement picked up steam, she deleted it. As of today, June 12, she has the comment disabled on all of her Instagram posts.

Jax Taylor, who frequently interacts with fans, followed suit. Kristen and Stassi, who are getting way more heat than Jax and Brittany, still have their comments turned on.

Perhaps the call from fans to fire Brittany and Jax next is getting to the VPR stars.

Bravo has yet to announce what a Stassi-less VPR will look like. Many fans think the show will be cancelled completely.

Stassi and Kristen can still be seen on Part 3 of the Vanderpump Rules Season 8 reunion. It airs on Tuesday, June 16, on Bravo.