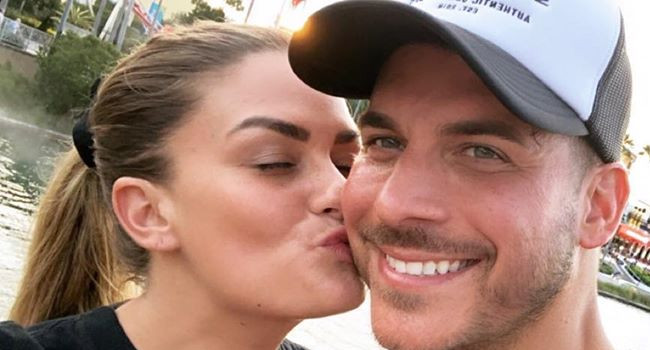 Vanderpump Rules star Brittany Cartwright is not happy. She lashed out about the allegation that she played a role in the drama between Faith Stowers and Stassi Schroeder. A recent interview Faith did about her experience on the Bravo show recently blew up on social media.

In the interview, Faith recounts how Stassi and Kristen Doute once called the cops on her. (Stassi admitted it on a podcast a while back, long before the current focus on racial matters.)

Faith also alleged that Brittany called her “nappy” after she found out about Faith sleeping with then-boyfriend, now-husband Jax Taylor. Additionally, Faith claims that Lisa Vanderpump told her to act more like RHOA’s NeNe Leakes to get a bigger role on VPR.

While Lisa has yet to respond to Faith’s allegations or the scandal as a whole, Brittany has now weighed in.

As VPR fans know, much of Season 6 revolved around Brittany finding out that Jax and Faith slept together. During the Instagram Live interview about it, Faith recalls someone on VPR calling her “nappy” after the affair came to light.

An Instagram follower recently commented on Brittany’s #BlackOutTuesday post to ask Brittany to address the allegations. Brittany vehemently denied her involvement in the situation. She writes, “I had NOTHING to do with that.” It’s unclear if she’s responding to calling the cops on Faith or calling Faith “nappy.”

However, Brittany writes that Faith knows that Brittany “doesn’t have a racist bone” in her body. In fact, Brittany says she was nothing but nice to Faith.

Brittany does admit to “yelling” at Faith, “like any other human would” in the same situation. Despite how badly Faith hurt her, Brittany again denies any involvement, “I had nothing to do with any cops.”

According to Brittany, Faith never even apologized for sleeping with Jax. If she had, Brittany says, she could have “forgiven her” the way she forgave Jax.

In her emotional denial, Brittany slams her name being dragged through the mud. She writes that it’s a “shame” her name was brought into it. Especially because she “finally moved on” from the affair.

The VPR star has been vocal on social media about her support for the Black Lives Matter movement. Despite the allegations against her, Brittany vows to continue supporting BLM.

Looking over several outlets’ reports on Faith’s interview, it appears that Faith never said it was Brittany who called her “nappy.” In fact, Faith never said anyone’s name in regards to the “happy” insult.

However, Faith did say that the reason she was attacked was because the VPR stars wanted to protect “sweet” Brittany. It’s possible fans conflated the two comments and wrongly blamed Brittany for the “nappy” comment.

Bravo has yet to respond in any way to Stassi calling the cops on Faith. Stassi and Kristen both apologized publicly to Faith.