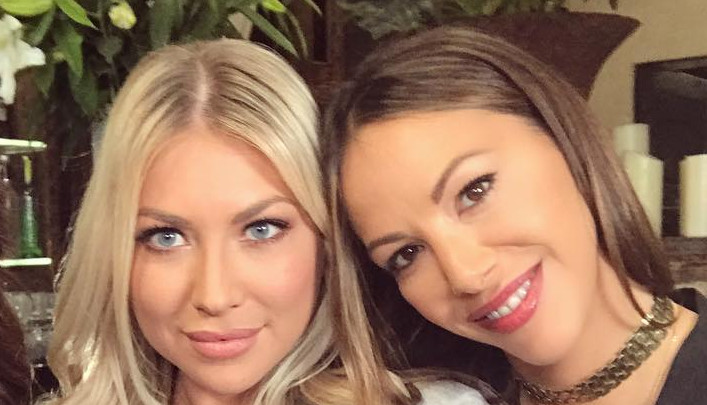 Olivia Pope, is that you? Embattled Vanderpump Rules stars Kristen Doute and Stassi Schroeder have hired a ‘fixer’ to redeem their image.

The duo’s new PR rep released a statement expressing their desire to be “part of the solution.” The original stars of the Bravo show got the boot earlier this week for previous racist-ish behavior.

(VPR fans disagree over whether Kristen and Stassi calling the cops on their black co-star was racist or just Mean Girl behavior. Bravo clearly considers it the former, firing both on Tuesday, June 9.

Bravo let Stassi and Kristen go from VPR after former co-star Faith Stowers went public with the story about the time they called the cops on her. The story came straight up from Stassi during a podcast last year.

Many fans say that Stassi and Kristen were just being mean, not racist. However, the nation is hyper-aware right now of how calling the police on a black person can have lethal consequences.

While some fans defend Stassi, others are glad to see her go. One fan jokingly poked fun at Stassi’s formerly best-selling book, Next Level Basic, ending up in the clearance bin.

In an effort to redeem their image, the former friends joined together to hire a PR crisis manager, Page Six reports.

Fans have widely speculated about Stassi’s future. The VPR star and her fiancé, Beau Clark, just purchased a million-dollar home earlier this year. Kristen is also a recent homeowner.

Stassi and Beau were planning a destination wedding in Rome, Italy, for later this year. However, due to the coronavirus, the couple already postponed the wedding until 2021 weeks before she was let go from Bravo.

It seems that Stassi and Kristen are also thinking about their future. Their newly hired PR team released the first public statement since the firing.

Both Kristen and Stassi issued apologies on their individual Instagram accounts a day earlier. Fans were highly critical of those apologies and their PR team’s statement isn’t going over very well, either.

Us Weekly identifies the rep as Steve Honig. The statement he released on behalf of the VPR stars stresses that Kristen and Stassi know they are wrong and have been punished for their behavior.

The statement continues by saying that the Bravolebrities want to “move forward” from the incident. Going forward includes being “part of the solution.” Read the full statement below.

#stassischroeder and #kristendoute have released a new joint statement now that they’ve signed on with a new PR agency. Do you want to give them a second chance? #pumprules #bravotv #rhobh #realhousewives

In the wake of the scandal, Stassi has lost her original PR team, her podcast and several endorsements.

Fans can still see Kristen and Stassi during the remaining episodes of VPR Season 8.