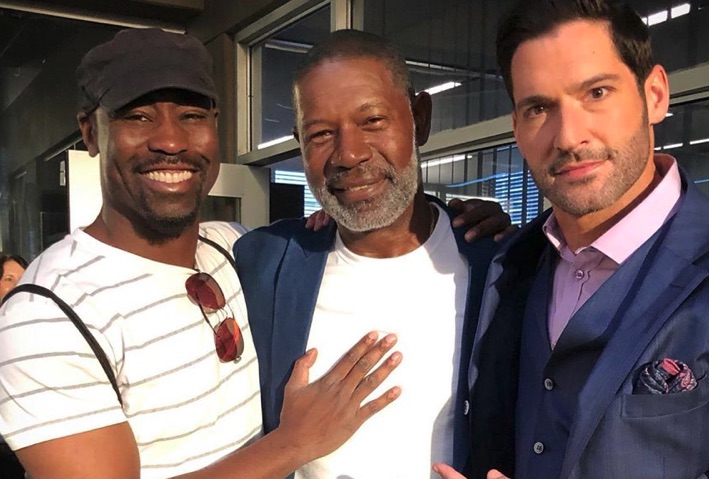 Hollywood is ready to start working again. The coronavirus quarantine restrictions are lifted. This means that Lucifer can resume filming that final episode of Season 5. Now the big question is whether this will be a cliffhanger episode, leading to Lucifer Season 6, or if this will be the Deckerstar happily ever after that Lucifans have wished for since the show started?

Hollywood is ready to open up again. After four months of shut down, due to Covid-19, they are ready to start filming again. There are rules and regulations that studios will need to adhere to for safety reasons. No one wants to have taken so much time off only to be shutdown due to coronavirus concerns. Most importantly, it looks like things are moving again, after many sluggish months.

D.B. Woodside tweeted to fans on Wednesday. He shared. “Dear #Lucifans. Good things are happening. Pls continue to be patient.”

When Is Netflix Dropping Lucifer Season 5 Part One?

It was just a few weeks ago that Lucifer showrunner Ildy Modrovich told fans that the first part of Lucifer Season 5 would be “soon soon.” Since then, nothing has happened. Now we are headed towards the halfway point of June, Lucifans are getting concerned that July will be another month without new episodes of their favorite devil.

According to Jim Heath TV, sources connected to Netflix privately shared that now that Lucifer is back in action, there should be a drop date in early July.

When Netflix announced that there would be a Lucifer Season 5, it was for 10 final episodes. Eventually, they extended the number of episodes to 16 episodes. Then, Netflix decided to divide Season 5 into two eight-episode parts. This is something that the streaming network did with shows like The Ranch. Now, we know that each episode is between 50 and 60 minutes long. This is between six and 16 minutes longer than earlier episodes.

All of this is great news. Fans just want to know when they can stream it. They also want to know if the rumors of Lucifer Season 6 are true.

Back in Hell… and couldn’t be happier. 😈❤️

Will There Be A Season 6?

Will there be a Lucifer Season 6? Since February, it was rumored that Netflix changed its mind. They wanted to un-cancel Lucifer. Since then, all the principals have signed on. Although, Netflix has not confirmed this. Yet TVLine has shared that everyone is signed on for a sixth season. This includes Tom Ellis, who had held out for more. We don’t know what the more was, but their sources instead that he was given everything they could in contract negotiations.

Now that they are returning from the coronavirus quarantine, does this mean that the Lucifer writers are busy changing the final episode to be a cliffhanger, in preparation for Season 6? Or will the show end with a happily ever after episode? We may not know that answer for a long time. Perhaps not until they release the second set of Season 5 episodes. Until then, Lucifans are getting impatient and just want to watch Lucifer Season 5.