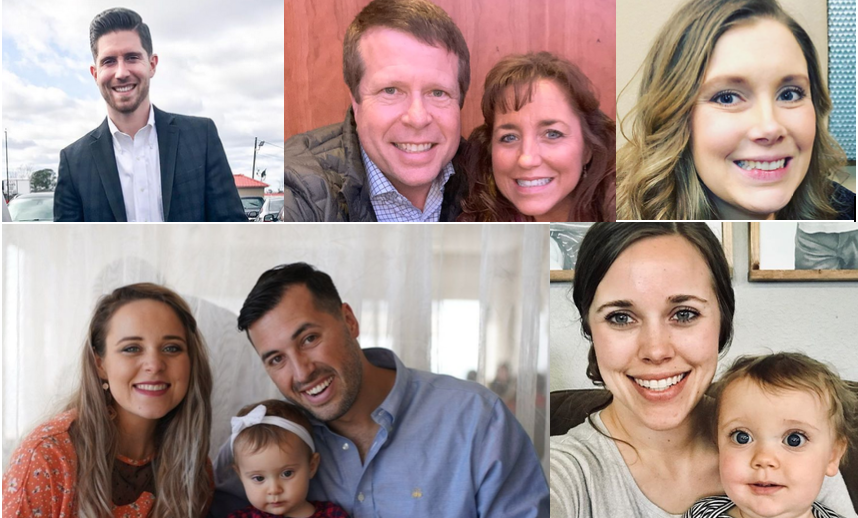 Duggar fans happily received the news of Counting On Season 11’s premiere date. But, since that announcement went public, there’s been a change. Originally, the show was set to premiere on Tuesday, June 30. As always, the Duggar family’s show will air on TLC.

Though fans are disappointed to hear that the season premiere has been postponed, they don’t have long to wait. The show will premiere just one week later. So, you can catch the Season 11 premiere on Tuesday, July 7. There is no specific reason given for the delay. But, as long as fans get to see the Duggar family back on their TV screens, they are happy.

What to expect on Season 11

The upcoming season will feature several births. Plus, it documents Jeremy and Jinger Vuolo‘s move to Los Angeles, Califonia. There’s also a potential courtship in the works.

Part of this season of Counting On focuses on the coronavirus and how it affects the family. Per the press release, “Jessa and Ben struggle to keep three kids entertained while making the best of the situation at home. Jinger and Jeremy deal with the California restrictions, which are far stricter than those in Arkansas. Meanwhile, Jim Bob, Michelle, and the rest of the kids adjust to self-isolating when they have more than 10 people at home. Later, the entire family comes together for a family fun night…via video chat!”

I asked a lot of people for marriage advice leading up to our wedding. I asked some of the oldest, wisest, and godliest people in my life. But the best advice I received (and the only advice that’s stuck in my mind so clearly) was when I asked a buddy of mine only a couple of years married. He told me, “Every night, when your heads hit the pillow, ask your wife, ‘Is there anything on your heart? Anything you want to talk about?’” It’s been a blessing to us. Maybe it’ll be a blessing to you, as well!🤲🏻

Who will star in Season 11 of Counting On?

The TLC show features a large portion of the Duggar family, but not everyone chooses to be involved. There are several members of the family who are no longer on the show. Fans will likely recall that Josh and Anna Duggar have not been on the show for some time.

In addition, Jill and Derick Dillard are not on the show. All of this started when Derick made transphobic remarks about Jazz Jennings. Also, there is some conflict between Derick and Jill’s father, Jim Bob Duggar.

Recently, it became obvious that Joy-Anna and Austin Forsyth will not be on the show this season. They have been a part of previous seasons. It’s unclear what exactly changed. But, it seems that they will only be in group settings, such as holidays and family events. So, don’t expect a storyline specifically from Joy and Austin.

So, will you be tuning in to watch the new season of Counting On? Share your thoughts below.

Don’t miss the Season 11 premiere on Tuesday, July 7 on TLC.

Check back for further updates on the show.