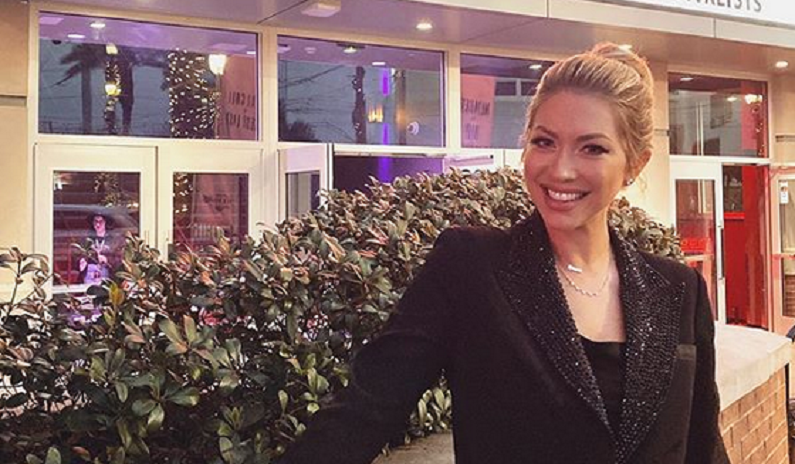 Fans slammed Stassi Schroeder and Kristen Doute for their treatment of Faith Stowers on the show. The former Vanderpump Rules cast member shared her experience being the only black woman in the cast. She revealed that both cast members were cruel to her. They called the cops on her and accused her of drugging men and stealing their belongings.

This comes amid the multiple accounts of racism on the show. Additionally, Stassi lost a series of endorsements following Faith’s recent comments. Several brands have cut ties with the 31-year-old after Faith’s shocking revelation on Instagram Live. The reality star also revealed that she’s taking a step back from her podcast, “Straight Up With Stassi.” Now, she has issued an apology for her past.

The VPR star took to Instagram on Sunday, June 7 to issue an apology. Stassi Schroeder was aware of the “racially insensitive comments” resurfaced from her past. The former fashion blogger’s past came back to haunt her after Faith Stowers’ shocking revelation. Stassi said she owns up to what she said in the past, and she will push herself  “to do better.”

She claims that she has grown since making those remarks. That’s when she issued an apology for those she hurt.

“Racially insensitive comments from my past have resurfaced,” Stassi Schroeder wrote. “It is important that I continue to take accountability for what I have said and done, while pushing myself to do better. I have grown significantly from the person I was then, and I am still filled with remorse and regret for the hurt I caused.”

Stassi also addressed Faith’s comments. During that time, she didn’t realize that her actions would have consequences. She admits her wrongdoing and apologizes to the former cast member. But she doesn’t expect VPR fans to forgive her anytime soon.

“What I did to Faith was wrong,” Stassi continued. “I apologize and I do not expect forgiveness. I am also sorry to everyone else that feels disappointed in me.”

The podcast host is known for her wit and sharp tongue. Some of the things she says and does are entertaining. But these are different times. Her words and actions can cause hurt and pain to others. Stassi says she will monitor her words and actions. Moving forward, she’ll “take the time to listen, to learn, and to take accountability for my own privilege.”

Per Us Weekly, Stassi Schroeder lost endorsements after Faith Stowers’ comments on Instagram. Her endorsements are what keeps her podcast running week after week. But it may be the end of “Straight Up With Stassi” if more keep jumping the ship.

Two brands have already cut ties with Stassi. The first brand is hip women’s shaving company Billie, which already confirmed to Us Weekly that it is “ending all partnerships with anyone who isn’t supporting the fight against racism, including Stassi.”

Also, vitamin company Ritual confirmed that it has also ended its partnership with Stassi. It’s any wonder how her podcast will survive in the future.

What are your thoughts on Stassi Schroeder’s apology? Sound off below in the comments section.

Which ‘RHOC’ Alum Could Return As ‘Friend’ Of The Housewives?
‘Bachelorette’s’ Bennett Jordan Says Life Is Raw – Makes First Big Move In Twenty Years
‘1000-Lb. Sisters’ Rumor: Wait, What is Amy Halterman Retiring From?!
Does ‘Seinfeld’ Have A Netflix Release Date Yet? When To Expect It
Too Much Heat? Lindsie Chrisley Takes A Break From Social Media