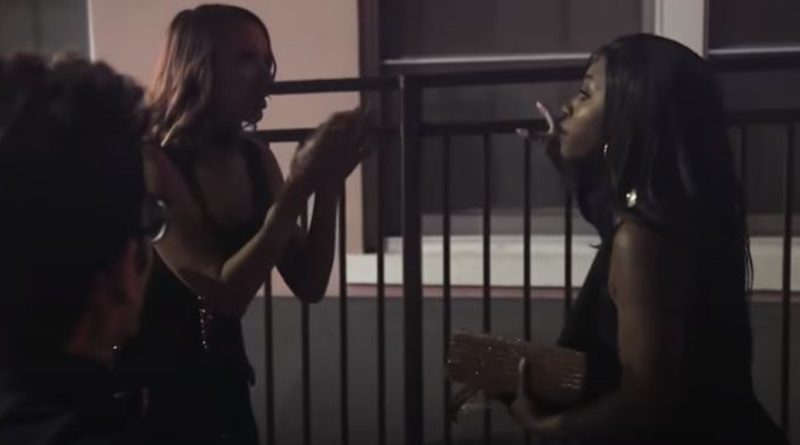 VPR alum, Faith Stowers featured on Vanderpump Rules in Season 6. On the show, she suggested she fell pregnant with Jax Taylor’s child. Part of Jax’s cheating allegations, she brought spice to the storyline. But she moved, and now has a child born in February with Marcio Marchena II, her new man. Now, she spoke to omfgrealitytv2  about being the only black person on the show.

The death of George Floyd highlighted tensions between races in the USA. So, TV celebrities who have a voice, now speak out. Perhaps, Faith’s well-positioned to talk about her experience right now.  Possibly, being a person of color brought about all the heavy drama about cheating. After all, Jax cheated with plenty of other people. But, much got made about her. Faith, who also featured on MTV’s The Challenge and Ex on the Beach, said that she took a lot of heat from other Vanderpump Rules cast members.

That season on VPR brought a lot of drama. Brittany Cartwright cried because Jax cheated. He denied it several times, but it all came out in time. Nevertheless, they married last year. They moved on and so did Faith. While Jax hopes for kids, Faith already birthed her first child this year at the age of 30. But it sounds like she never forgot her experiences with the cast of the Bravo show. She said in the video shared by omfgrealitytv2, that she took a lot more heat than Jax. That sort of thing made it “hard” for her.

Faith alleged that Kristen Doute and Stassi Schroeder phoned the police and said that she’s a “fugitive.” At the time, she was at a nightclub in LA. While they never arrested her, it felt so very wrong. Plus, the cast called her ugly names. Meanwhile, nobody seemed that angry with Jax Taylor.

While Faith thinks that maybe the cast of VPR went after her because of Brittany’s “sweet” nature, she still felt a bit puzzled by their vehemence. Especially, as she’s certainly not the first person to slip between the sheets with Jax. Faith felt that while she took the heat, Jax actually got off  “very very easy.” Lisa Vanderpump never escaped Faith’s reveal either. She alleged that Lisa wanted her to go hard on the cast in the show, and act a bit like Nene Leaks from Real Housewives of Atlanta. But Faith didn’t do that, so the “nice” Lisa stopped being so nice.

Despite struggling with being the only person of color on VPR, it seems that Faith appreciated where she’s at now even more. She feels in a way better place these days.

What do you think about the VPR cast giving Faith so much heat over cheating with Jax Taylor? After all, it’s not like that’s the first time he ever cheated on anyone. Sound off in the comments below. Don’t miss the rest of the Vanderpump Rules reunion on Bravo.