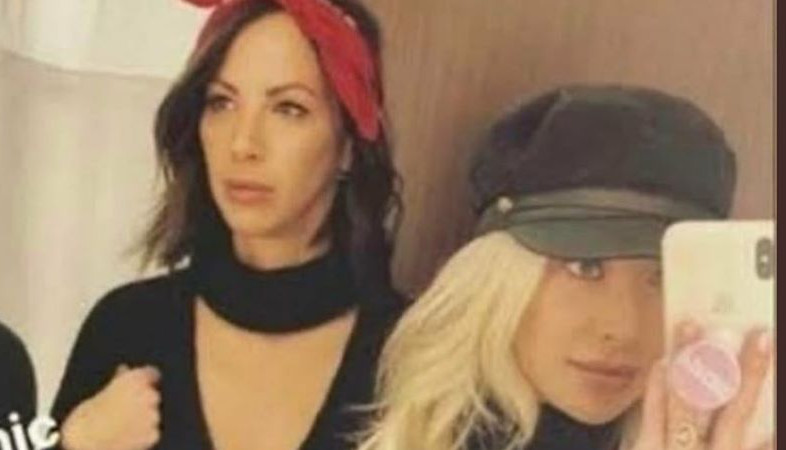 Vanderpump Rules stars Stassi Schroeder and Kristen Doute found themselves in hot water this week. Former VPR star Faith Stowers revealed in an interview that her co-stars called the cops on her, and other bullying behavior.

While several VPR stars engaged in bullying Faith, Stassi is taking the brunt of it. In fact, she has lost several of her endorsement deals.

It was almost two full days before either VPR star responded to the backlash. Eventually, Stassi and Kristen posted apologies on their individual social media accounts. While the two are no longer friends, their apologies are oddly similar.

Both apologies needed to “address” the situation with Faith Stowers. Each apology vowed that the VPR star would “do better.”

Stassi and Kristen both want to “learn” from their behavior.

Some commenters, including VPR’s Katie Maloney, were “proud” of Stassi for her apology. However, many fans felt it was too little, too late. Inquisitr reports that some fans called Stassi out for only apologizing AFTER she’d been dropped by sponsors.

Fans were quick to jump on how the dual apologies were similarly worded. They also noted that the apologies were posted minutes apart. One fan referred to Stassi’s post as a “PR apology.”

A post shared by Accountability for Stassi (@accountability4stassi) on Jun 7, 2020 at 4:21pm PDT

One fan on Twitter wrote that Stassi is only sorry because she is losing money. The fan called out Bravo and Lisa Vanderpump, along with Andy Cohen, for their complete silence. Just days ago, Bravo posted that “to be silent is to be complicit.” Yet, neither Bravo, Andy or Lisa have publicly addressed the situation.

Fans Dig Up Evidence of Other VPR Stars Bullying Faith, Too

The internet is forever! Enraged fans are digging up old tweets and podcasts of several VPR stars regarding their bullying of Faith. In fact, Stassi has said questionable things about racial injustices in the past on her podcast.

A fan found a clip of Stassi complaining on her Straight Up With Stassi podcast about people making everything about race.

“I’m like, really sick of everyone making everything about race,” she confessed on her podcast, Straight Up With Stassi. “Everyone giving their impassioned speeches about race and all of that stuff, I’m like, ‘Why is always just about African Americans?'”#StassiSchroeder

Another fan found an old tweet from Jax accusing Faith of being AWOL from the military and on the run from the police.

Earlier this year, racist tweets from two VPR cast members resurfaced. Lisa Vanderpump said during the Season 8 reunion that she won’t fire them. She explained that if she fired all the cast for their “mistakes,” no one would be left.

Fans are now calling for Bravo to cancel the entire show using the hashtag #VANDERPUMPISDONE.