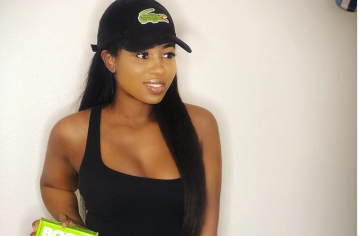 Vanderpump Rules fans are shook after the latest information that came out from Faith Stowers interview. Faith talked about being the only POC on the show and what that was like. It turned out Stassi Schroeder and Kristen Doute allegedly treated her poorly.

The treatment of Faith from her co-stars included attacking her after her time with Jax Taylor and called her hair, “nappy.” The things she alleged they did went a lot further than that. It’s caused fans to draw attention to it and Stassi to take a break from her podcast.

What Did Faith Stowers Say Happened To Her?

Faith Stowers was on the receiving end of one of Kristen and Stassi’s stunts when they called the police. A fan on Instagram commented after both reality stars posted black squares in support of BLM. The user said, “remember the time Kristen and Stassi tried to get the LAPD to arrest an innocent black woman because they had a personal issue with her?”

Another said they seemed a little hypocritical after they acted that way according to the Inquisitr. Stowers said the reason they called the police was because the Daily Mail ran an article that an African American girl with light-skin and weird tattoos had robbed people.

They called the cops and said it was Faith according to Cosmo. Stassi even bragged about doing it to someone during an interview. Faith said when that happened, she left the show. She said when the cops were called it really, “hit the ceiling for me, and made me really want to run for the hills.”

Bravo Has Upset People By Giving Their Stars Passes

Fans commented on Bravo giving people passes when dealing with racism after Faith Stowers gave her interview. They called out Bravo saying they needed to, “cancel the stars and do the right thing.” One user tagged both Kristen and Stassi along with Southern Charm’s Kathryn Dennis and VPR’s other stars Max Boyens and Brett Caporioni. They stated Lisa Vanderpump let them keep their jobs after racist tweets came to light, and that was giving them a pass.

Stassi has made some comments in the past people didn’t think were very aware. Stassi said on her podcast she was tired of people making everything about race and politics at award shows. She asked why just African Americans and not all races. She denied ever meaning anything she said to be racist while admitting she didn’t get her thoughts through correctly.

Brands have been dropping Stassi Schroeder since this information came to light. Fans messaged some of her sponsors and told them what she’d done. After a fan messaged Ritual and told them what happened, they dropped her. Billie also ended their partnership with her as well. Fans keep waiting for the two to explain themselves, but neither has addressed what happened or apologized.