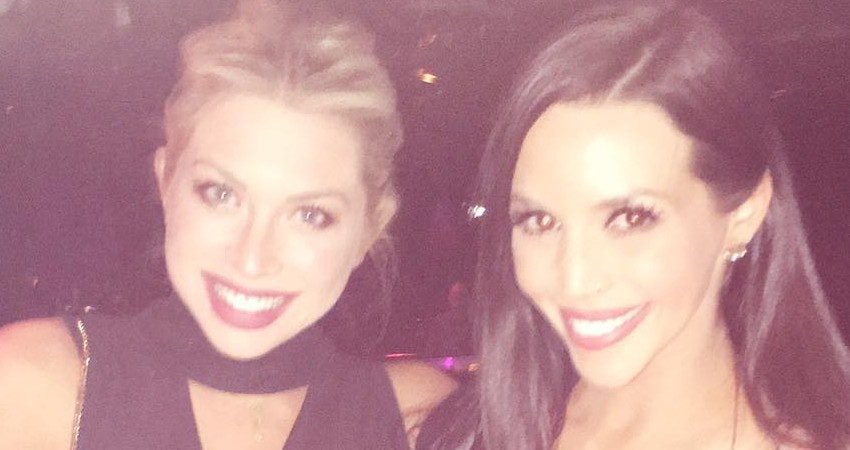 Vanderpump Rules star Scheana Shay is breaking her silence weeks after news of an editing scandal broke wide open. If you missed it: A VPR editor admitted on a podcast to purposely editing Scheana badly. In one episode, Scheana hit on Stassi’s teenage brother.. Or so it appeared.

Once the podcast audio surfaced, fans demanded #JusticeForScheana. Justice was served when the editor in question was fired. However, Bri Dellinger did not go down without a fight. Read her wild and slightly unstable exit statement here.

An unofficial gag order must have been in place over the VPR cast and crew because no one reacted publicly. In fact, Jax Taylor told a fan that he was “unaware” of the scandal at all.

This is interesting. I was unaware. https://t.co/11lBUdBv8k

Scheana was acutely aware but her boyfriend, Brock Davies, talked her down from mouthing off on social media about the situation.

Within hours of the scandal hitting social media, Scheana filmed herself lip-synching to the song “Vindicated” by Dashboard Confessionals. Now she admits that she does, indeed, feel vindicated.

Scheana recently appeared on the podcast Not Skinny But Not Fat. When the editing scandal broke, the VPR alum felt relief, like, “Okay, I’m not crazy,” Scheana tells listeners. She notes that she typically refrains from blaming editing, owning that, “if I’ve said it, I’ve said it.”

However, she couldn’t help but notice the editing on the show was definitely not true to how things went down during filming. For example, her chats with Brett Carpioni. But she never spoke up for fear of backlash.

This season, though, she didn’t need to say anything because “everyone’s saying it for me.” Fans have been calling out VPR for months about how Scheana is portrayed during Season 8.

How Brock Helped Her Handle the Scandal

As fans know, Scheana has been dating Brock Davies for a few months now. The couple spent the quarantine together, much of which played out on Scheana’s YouTube channel. Page Six reports that Brock and Scheana got in a fight the morning the editing scandal blew up.

She wanted to hop on social media immediately and respond to the situation. However, cooler heads prevailed and he was able to talk her out of it. Brock told her it would only “piss off more people,” she reveals on the podcast.

Eventually, she saw that he was right and kept silent about the scandal.

Aside from editing Scheana badly, Bri also admitted that the Bravo head honchos favored VPR’s Stassi Schroeder and Beau Clark. In fact, according to Bri, the network saw the couple as “special heroes” of the show.

The editing reflected that, as editors were required to put Beau and Stassi in every episode.

Scheana doesn’t begrudge Stassi’s success, noting that Stassi is the “celebrity” of VPR.

The Good As Gold singer does admit to being “jealous” of Stassi’s personal ventures explored on the show. Scheana notes that viewers saw Stassi’s clothing line and her book, among other things. Meanwhile, Scheana only appears to have a “full-time waitress” job at SUR.

Tell us in the comments if you understand why Scheana would be jealous of Stassi.

The Vanderpump Rules reunion starts next week, June 2, on Bravo. Check out the reunion trailer below.

Once you get past the dizziness of 100 people on your screen, you’ll be so into it. Coming to you June 2nd 🤍