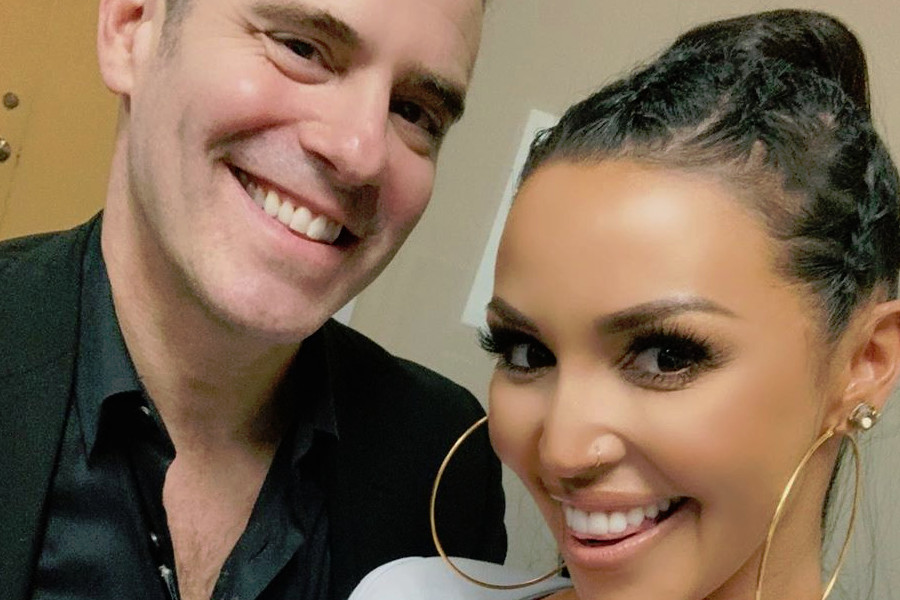 An editor on VPR admits to some explosive behind-the-scenes “Scheananigans” when it comes to editing the Good as Gold singer. The editor also reveals which couple Bravo wants to be featured in every episode.

VPR Editor Admits to Finding the Most Embarrassing Footage of Scheana

A VPR editor, Bri Dellinger, appeared on a series of the Twisted Plot podcast episodes. The episodes dropped on all platforms on May 11, 2020. During the podcast, Bri dished with host Evelyn Marley about all things VPR.

Bri has previously worked on Bravo shows Top Chef and Project Runway. However, it is her work on Vanderpump Rules that is giving her instant fame now and not in a good way.

In the podcast episodes, the VPR editor revealed shocking details about who gets good edits and who gets a bum rap. Fans have long thought that Scheana was portrayed as a boy crazy fool.

In fact, Scheana spoke out back in March about how the show’s editing makes her look worse every season, TV Shows Ace reported. Now we know why.

Bri admits to the podcast’s host that her “favorite game” is finding embarrassing things Scheana does and including them in the show, Us Weekly reports. Bri says,

What viewers didn’t find funny was a scene in a recent episode of Scheana seemingly hitting on Stassi’s younger brother, 15-year-old Nikolai.

Bri admitted on the podcast that the editors set Scheana up by asking her “How young would you go?”

The footage was then edited to make it look as if Scheana was interested in Nikolai.

Stassi actually took to Twitter after the episode to defend Scheana as “harmless.”

Girl, you were harmless. And watching that scene had me rolling. Whoever’s saying it’s inappropriate is a weirdo. @scheana https://t.co/EFzbU4bmC3

Bri then jokingly implies there is a way for Scheana to get good edits. She says, “If Scheana knew what was good for her, she’d befriend me…”

It seems that Scheana isn’t the only VPR star who isn’t friendly with the editor. During the podcast discussion, Bri reveals that she really wanted to be friends with Stassi. However, neither Stassi nor the rest of the cast “think about or talk to us at all.”

According to Bri, no one associated with the show cares about the editing team. She says, “I met [Stassi]  at the premiere parties and she doesn’t care about me — nor does anybody.”

Which Couple is Bravo’s ‘Special Heroes,’ Required to Be in Every Episode?

Bravo certainly cares about Stassi. While Bri admits that she did not want to edit Jax Taylor and Brittany Cartwright’s wedding episodes, there is another couple who gets special treatment.

The VPR editor reveals that Bravo requires that Stassi and her fiancé, Beau Clark, appear in every episode.

The entire situation was brought to light around or after a strange tweet by Scheana on Monday. The tweet tagged Bravo exec Andy Cohen. In the now-deleted tweet, Scheana wrote, “Hey @Andy I have some tea for you … check your DMs!”

Soon after, audio clips of the podcast were everywhere on Twitter. Reality Blurb notes that all traces of the podcast are now scrubbed from all of the streaming platforms. However, Twitter user LoveAndyC was able to grab screenshots of some of the tweets surrounding the drama.

I was following this story & now all the tweets are gone. An editor on #PumpRules, Bri Dellinger, admits playing favs, saying Stassi & Beau are the shows heroes & that her 'fav pastime' is finding all embarrassing Scheana moments & airing them bc Scheana should've befriended her pic.twitter.com/ERNsqCcuek

Scheana seemed to respond to the shade on her Instagram Stories. She posted a video clip of her singing the song “Vindicated” by Dashboard Confessionals. In the clip, the words “Swear I knew it all along” She included the hashtag #vindicated under the words.

Tell us in the comments if you think Scheana got a shady edit this season.

Vanderpump Rules airs Tuesdays on Bravo. Watch a preview of the May 12 episode below.