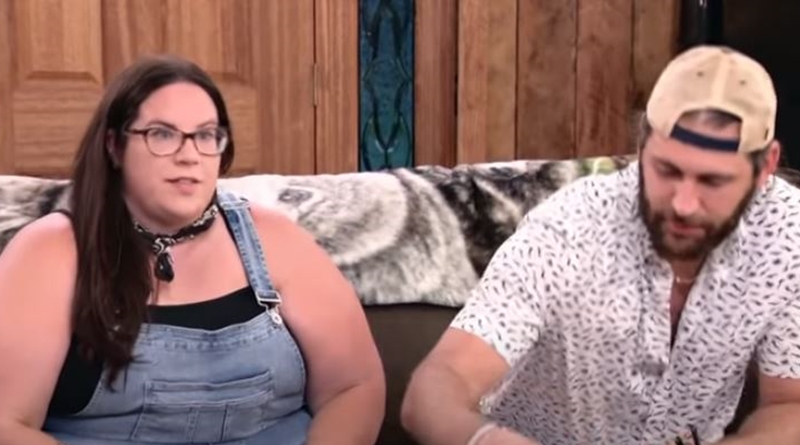 My Big Fat Fabulous Life recently ended the season where Chase proposed to Whitney Way Thore in Paris. Many fans felt TLC faked the whole storyline and he never loved her. Speculation grows stronger now that they split, and Chase expects a baby with another woman. But, if the love affair got faked, did that baby just throw a wrench in the works for TLC?

This season isn’t the first one where fans thought that Whitney got faked storylines. Recall, fans saw Karen picking a fight with her. Many people discussed that she got hired for that. Then, the show made out she did so well in her recent weightlifting completion as she came second. But, in fact, only two people entered her weight class, so she actually came last. There’s the dance battle with Jiya, which fans decided really got faked and TLC hired out for that.

Actually, many fans feel Whitney ran out of real storylines ages ago. TV Shows Ace reported that when Whitney and Chase broke up many people felt the whole thing got staged. They felt that Chase acted as though he really wasn’t into her.

But, with another season announced, they all expected a future My Big Fat Fabulous Life show would cover the wedding. Even a fake engagement could lead to a wedding and a later breakup, after all. That could string out the story of Chase for several seasons. But, possibly Chase expecting a baby could have thrown a wrench in TLC’s works.

Assuming the engagement was fake, did the baby ruin a storyline?

So many new angles could cover another season if Chase and Whitney planned a wedding. Perhaps they could have shown her left at the altar? Or, they could marry and then divorce. Why not?

If it’s all for the acting role, it could stretch out for multiple seasons. But, you can’t fake a woman falling pregnant and Chase looking forward to being a father. Again, that also backs up the fake theory. After all, fans in the latest season saw him say that he didn’t want kids.

With Chase out the picture, could TLC still see a way forward in a new season of My Big Fat Fabulous Life? Potentially, yes. Bear in mind that fans also saw Whitney getting rather close to Buddy. We noted that “Whitney and Buddy got particularly handsy behind closed doors.” The show could always return to their relationship and explore the possibility of them hooking up. With Chase out the way, why not? Entire seasons could revolve around that. Fans know that whatever happens, the TLC show leaves them with cliffhangers. They could actually stretch that to two seasons at least.

What do you think? Do you suspect the baby, unplanned, may have thrown a spanner in the works for Whitney’s storyline? Sound off in the comments below.