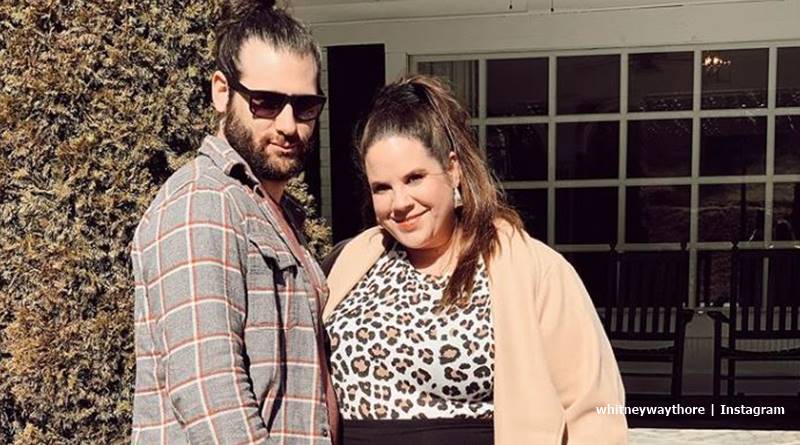 My Big Fat Fabulous Life star Whitney Way Thore announced she and Chase split. The engagement is in the dustbin. Chase also talked about it on his Instagram,. Both stars set the comments to “off.” So, nobody said anything over there. But, they took to a previous post by Whitney and expressed their feelings about it.

My Big Fat Fabulous Life fans upset, but not surprised about the split

TV Shows Ace reported about the breakup that came on Thursday night. Whitney asked for privacy. She explained that Chase expects “a baby” with another woman later this year. Fans already heard rumors of that. Plus, many critics felt for ages that their storyline was all fakery anyway. But, many people genuinely care for Whitney. And, think the other cast members like Buddy just use her.

Meanwhile, Chase seemed rather more excited about being a dad than anything else. My Big Fat Fabulous Life fans thought that a bit off. In fact, for all the details, he just directed them to Whitney’s post. But, with so many people thinking all along the engagement seemed fake. Not many of them think Whitney endorsed it. Fans commented on Whitney’s Instagram and lots of thoughts emerged.

Fans react to Chase and Whitney on an old post

Not able to comment on the breakup that Whitney shared, fans found an older one. That post came on May 10 and involved Mother’s Day greetings. One fan wrote, “It’s terribly sad. I honestly wondered from the beginning if his intentions were honorable.”

Further on, they also noted, “hoping Whitney is finding her way through this. I’m sure she will come out stronger than ever.”

Many people just feel terrible for Whitney. But, others wonder just how real their relationship really was. Another fan of My Big fat fabulous Life commented, “i honestly really don’t believe she would allow a fake relationship, but who knows. Seems odd to me.”

Then, this commenter noted: “She wants you to feel bad, rather than realize it was clearly scripted for television to try and keep her relevant. You honestly think someone could be that insanely jealous over her and Buddy?”

Could more emerge about the split in the next season of My Big Fat Fabulous Life?

Some fans of the show now predict the contents of the next season on TLC. One noted, “Chase was a cool guy and I feel they will remain ‘friends’ and there wont be drama. Possibly seeing what really unfolded in the next season.”

Well, one thing for sure, no wedding features in it. Many other followers just hope that Whitney tells everyone the truth about Chase. Even if he just acted for the show, they need to know.

What do you think? Scripted or not scripted? Is Whitney likely to speak up if the TLC producers just brought out a fake story? Sound off in the comments below.