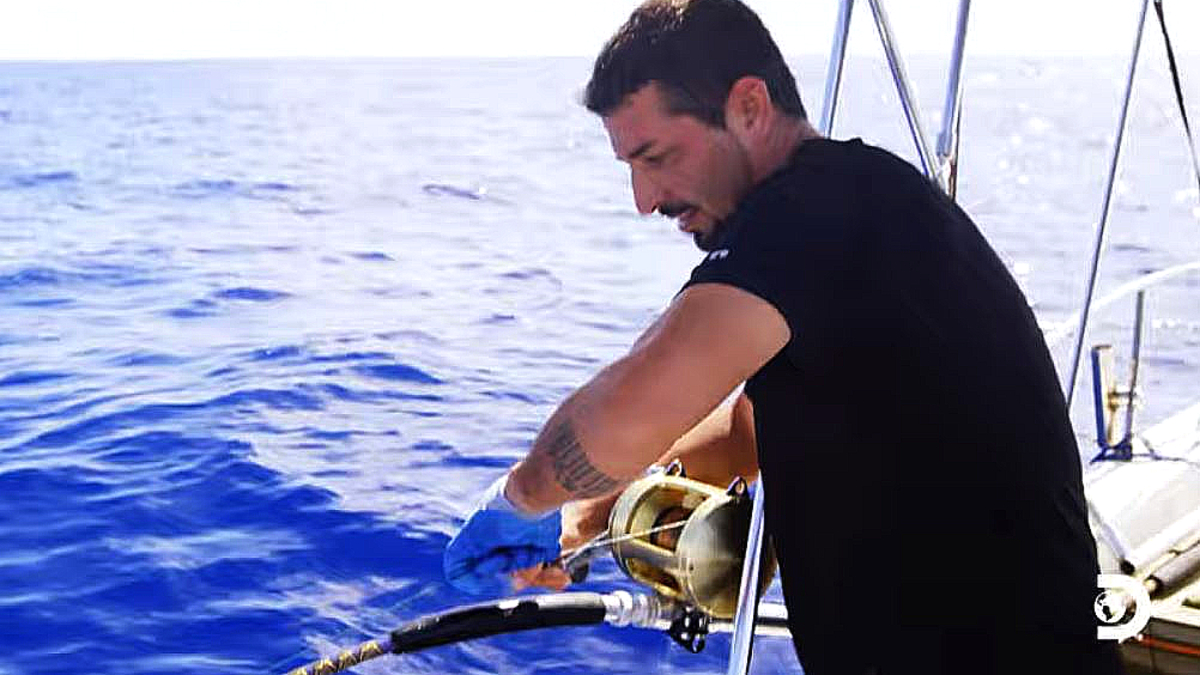 It was the discovered charts of Phil’s that were the idea for this series, Deadliest Catch: Bloodline, to have Josh see where these cryptic notes and maps of the Kona coast directed him to fish.

The air coverage sees his F/V Cornelia Marie partner Casey McManus circling high above as his fishing guide, Jeff Silva, a native Hawaiian fisherman featured on Deadliest Catch: Bloodline, helps him reel in a huge marlin exactly where his father’s notes lead him to this day.

The finale of this emotional spin-off of Deadliest Catch sees the son of the late Captain Phil Harris retrace his father’s steps in warmer waters than the Bering Sea, as we leave crab behind and hunt for the lucrative tuna, Pacific blue marlin and mahi mahi.

With only a few days left before Josh and Casey must head back to their Dutch Harbor ahead of King Crab season, the two Cornelia Marie captains have one last goal to achieve in Hawaii — land a big marlin, the showy trophy fish that got away from the late Phil Harris

The exclusive TV Shows Ace clip sees Josh on the boat with one on the line. Armed with his own tenacity and a great guide, Josh is also communicating with Casey who is in a helicopter looking helping look for more fish.

The blue marlin is angry and Josh knows it, as Jeff says that the fish has bit down hard on the hook and is resisting being pulled up to the deck.

Of note, Pacific blue marlin can reach up to 1800+ pounds and can be found off the Kona Coast.

The series was created by Josh Harris and producers after the Cornelia Marie remodel had an interesting discovery.

The charts were from the early 1980s and show his notes on a map of the isles of Hawaii, including what is considered one of the best fishing spots in the world — the Kona Coast.

The maps were annotated with Phil Harris’ handwriting, with markings and commentary about fishing adventures and island life.

The series focused on Harris and McManus retracing this journey and both men heading to Hawaii. The two enlist the help of Jeff Silva, one of the island’s top commercial fishermen.

Bloodline created a new experience for Harris. One with new waters, new dangers and a style of fishing that he is not used to doing.

The pair will battle many obstacles in a bid to score ahi tuna and more as Josh learned more about who Phil Harris really was.

Tune in for the finale on Tuesday night: