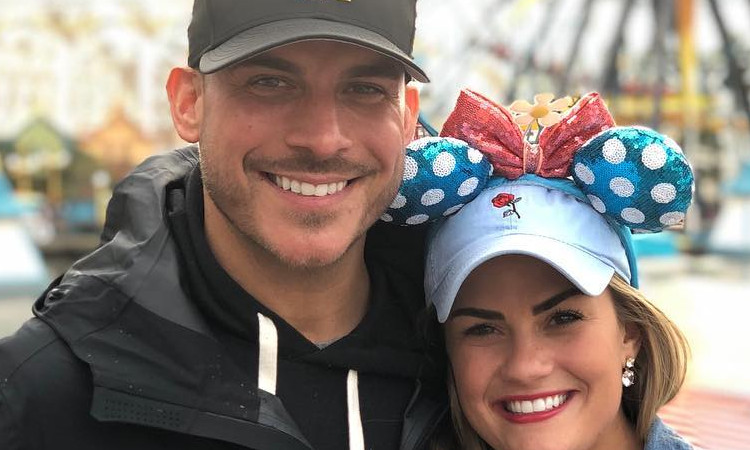 Vanderpump Rules Baby Watch 2020 just heated up. During a recent chat with Stassi Schroeder, Brittany Cartwright reveals that her baby plans are in high gear.

Could Brittany be the first VPR star to have a baby? Stassi may give Brittany some competition amid their “pregnancy pact.”

Plus, Brittany admits to having one regret about her 2019 wedding to VPR star Jax Taylor.

Brittany’s got babies on her mind and her mind on babies. The VPR star has been outspoken about her desire to have babies ASAP after marrying Jax in the summer of 2019. She may be getting her wish sooner rather than later.

Babies were a hot topic when Brittany called into Stassi’s Straight Up With Stassi podcast earlier this week. Brittany reveals that she’s tracking her ovulation dates and is “ready” to have a baby. She tells Stassi,

Lucky for Brittany, Jax is now on board with her baby plans. While Jax admits to still being nervous about having a baby during the quarantine, he’s put it all behind him, TV Shows Ace reports.

In fact, Jax is a #dadintraining. He sparked questions on social media recently by posting a photo with that hashtag.

While Jax never confirmed or denied, Brittany’s chat with Stassi pretty much shuts down any question about if she’s currently pregnant.

Stassi Schroeder Has a Bad Case of Baby Fever

Brittany isn’t the only VPR star with baby fever. Stassi recently opened up about wanting a baby “so bad.” So much, in fact, that she’s not taking any precautions. As TV Shows Ace reports, Stassi is taking a passive approach. “If it happens, it happens,” she says.

Brittany Has One Regret in Marrying VPR’s Jax Taylor

Jax Taylor isn’t the only one with wedding regrets. VPR’s Brittany admits to wishing she could do one part of her wedding over again.

According to Brittany, she had to push back the wedding start time because of a mix-up over taking the wedding photos. She explains that she tried to get photos with her bridesmaids before the wedding. However, some guests arrived three hours early, Inquisitr reports.

As a result, Brittany and her bridesmaids had to change out of their wedding attire to greet guests, then change back into the dresses for the wedding. The time crunch resulted in the ladies being late for the wedding.

Brittany and Jax will celebrate their first anniversary as a married couple next month.

Check back with TV Shows Ace for updates on the VPR baby fever.

Season 8 of Vanderpump Rules wraps up on Tuesday, May 19, with an explosive finale. See the preview below.