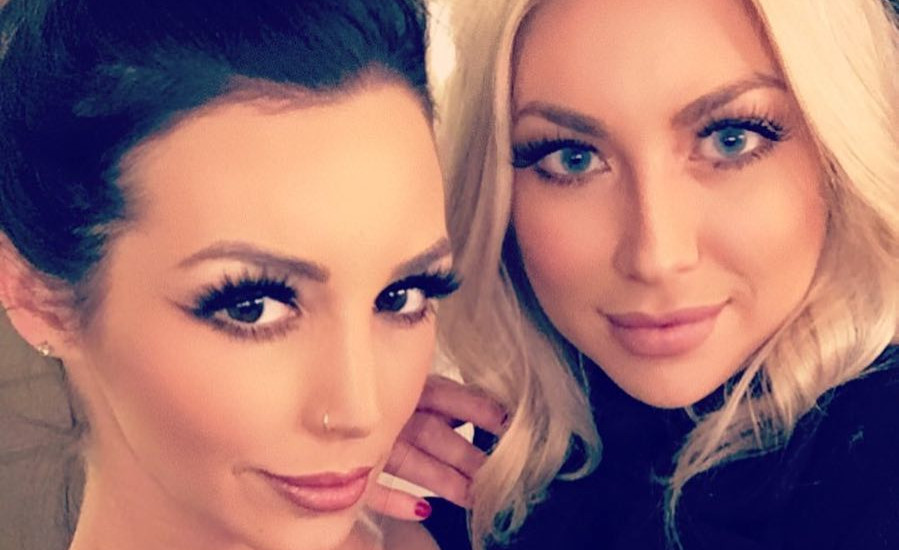 Vanderpump Rules fans weren’t the only ones shook by the behavior of one of the show’s editors. Earlier this week, the editor, Bri Dellinger, admitted to editing VPR star Scheana Shay in the worst possible light.

While most VPR stars have remained mum, Stassi Schroeder did offer a short comment. She refused to say too much in fear of getting “in trouble.” Did the cast know about the skewered editing before we did?

Stassi has been open about wanting a baby ASAP. In fact, before her engagement, she said she would prefer babies over marriage. That hasn’t changed. Stassi recently said that she wants a baby “so bad.”

Stassi Says the Editing Scandal is ‘Wild,’ Reveals Cast is Group Chatting About It

The VPR star joined Mikalah Gordon on her The Morning Beat radio show earlier this week. While Stassi couldn’t say much about the scandal, she did say that it was “wild.” Stassi noted that she “shouldn’t even comment on it” but did a little anyway.

Stassi also let it slip that the cast is having “group chats” about the situation. According to Stassi, the VPR cast found out at the same time as fans.

Several of Scheana’s VPR co-stars have come out in support of her, but without addressing the incident specifically.

Tom Sandoval and Ariana Madix gave Scheana credit for being so open about her life on the show, TV Shows Ace reports. Sandoval even called Scheana the “MVP” of Season 8.

Scheana herself has yet to address the editing scandal directly.

Will the VPR Star Get Quarantine-Pregnant? Says ‘If It Happens, It Happens’

Vanderpump Rules fans are on a baby watch to see which star of the Bravo show has a baby first. The odds of Stassi being the first are quickly gaining steam.

Stassi originally wanted to wait until after her October wedding to fiancé Beau Clark. However, as TV Shows Ace reports, Stassi’s wedding is up in the air due to the coronavirus pandemic.

Earlier this month, Stassi revealed that she is being “careless” about protecting herself from getting pregnant. At the time, she said she wouldn’t “be mad” if she ended up with a quarantine baby.

The Next Level Basic author seems even more into the possibility now. During The Morning Beat chat, Stassi said that she doesn’t have a “full-blown plan” to get pregnant. However, “if it happens, it happens.” Stassi says,

I just want a baby so bad though [and] honestly, it feels like the right time. If we’re going to continue to be quarantined, it’s like the downtime you take when you’re pregnant.”

California just extended the stay-at-home orders for another three months.

Tell us in the comments if you think Stassi will end up pregnant during the quarantine.

Make sure to watch the Vanderpump Rules Season 8 season finale on Tuesday, May 19. Bravo has yet to announce when the virtual reunion will air. Check out a preview of the explosive season finale below.