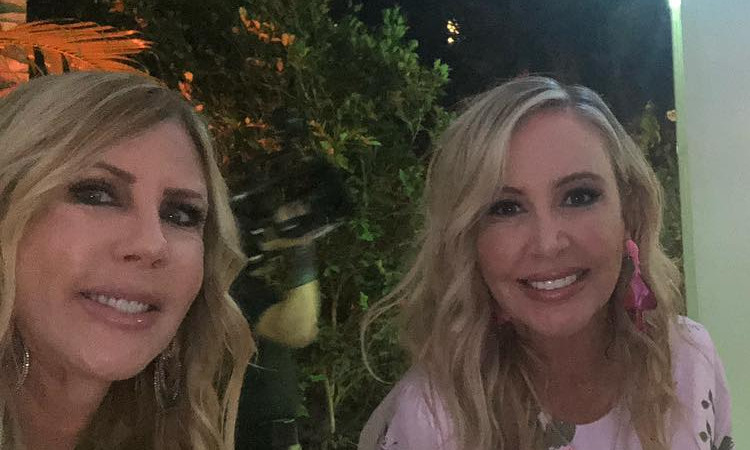 However, Vicki says that’s not her fault. The insurance CEO opens up on her podcast about the hurtful end of her friendship with Shannon.

Plus, Vicki accuses Shannon of flaunting that she’s still on the show after Vicki was demoted then chose to leave.

The End of the RHOC’s Tres Amigas Friendship

As fans know, Vicki announced at the beginning of the year that she was leaving RHOC after 14 seasons. The news wasn’t all that surprising. Months earlier, Vicki told the BravoCon audience that she would ‘never’ return in a part-time role.

Between RHOC Seasons 13 and 14, Vicki was demoted from a full-time Housewife to a ‘Friend of’ role. Needless to say, it didn’t sit well with her. In fact, she went off on Bravo exec Andy Cohen at the RHOC Season 14 reunion.

Over the course of the last few seasons, Vicki became close friends with Shannon Beador. Vicki was already close with RHOC’s Tamra Judge. Once they brought Shannon into the fold, they dubbed themselves the Tres Amigas.

However, the friendship between the three women faltered after Tamra also left the show. In fact, she announced her departure just one day after Vicki’s announcement.

The RHOC alum has her own weekly podcast, Whoop It Up With Vicki! This week’s guest was Hollywood Life reporter Lanea Brody. The two went into a deep dive specifically about RHOC and the Real Housewives franchises in general.

For example, Vicki talked about how many Housewives aren’t financially prepared for a life beyond the show.

A big topic of discussion was Vicki’s former close friendship with Shannon. As TV Shows Ace previously reported, Vicki pleaded with Shannon not to forget her.

However, it appears that Shannon did not heed Vicki’s request, The Blast reports.

According to Vicki, Shannon never responded to her calls. She says, “The phone stopped ringing one way. I would call her and text her.”

The next thing Vicki and Tamra knew, Shannon was posting selfies with their RHOC nemesis, Kelly Dodd.

Despite the betrayal, Vicki still hopes Shannon will call her. However, don’t expect Vicki to do all the work. She says,

“I’m not going to call her. I miss her. I want the best for her. But you can’t just drop people off like that. We’re still people. We still have feelings.”

The former RHOC star certainly has some feelings about Shannon’s behavior. Vicki feels that Shannon is rubbing it in her face that she wasn’t demoted like Vicki and Tamra. Vicki says,

“Now she’s puffing her chest too, going, ‘I’m on. You’re not.’ And I don’t want anybody rubbing that in my face.”

Do you think Shannon thinks she’s better than Vicki and Tamra now that they’re off the show? Tell us in the comments or tweet us your thoughts on the Tres Amigas break-up.

The Real Housewives of Orange County’s Season 15 is currently on hold. Check back with TV Shows Ace for updates on when filming will resume.

In the meantime, get your drama fix with The Real Housewives of Beverly Hills. Vicki recently started a feud with Kyle Richards. The RHOC star implied Kyle is boring on RHOBH by calling her ‘vanilla.’

The latest @whoopitupwithvicki podcast episode with @lbrody1686 from @hollywoodlife is out now, check it out at the link in my bio or wherever you listen to your podcasts. #linkinbio #whoopitupwithvicki