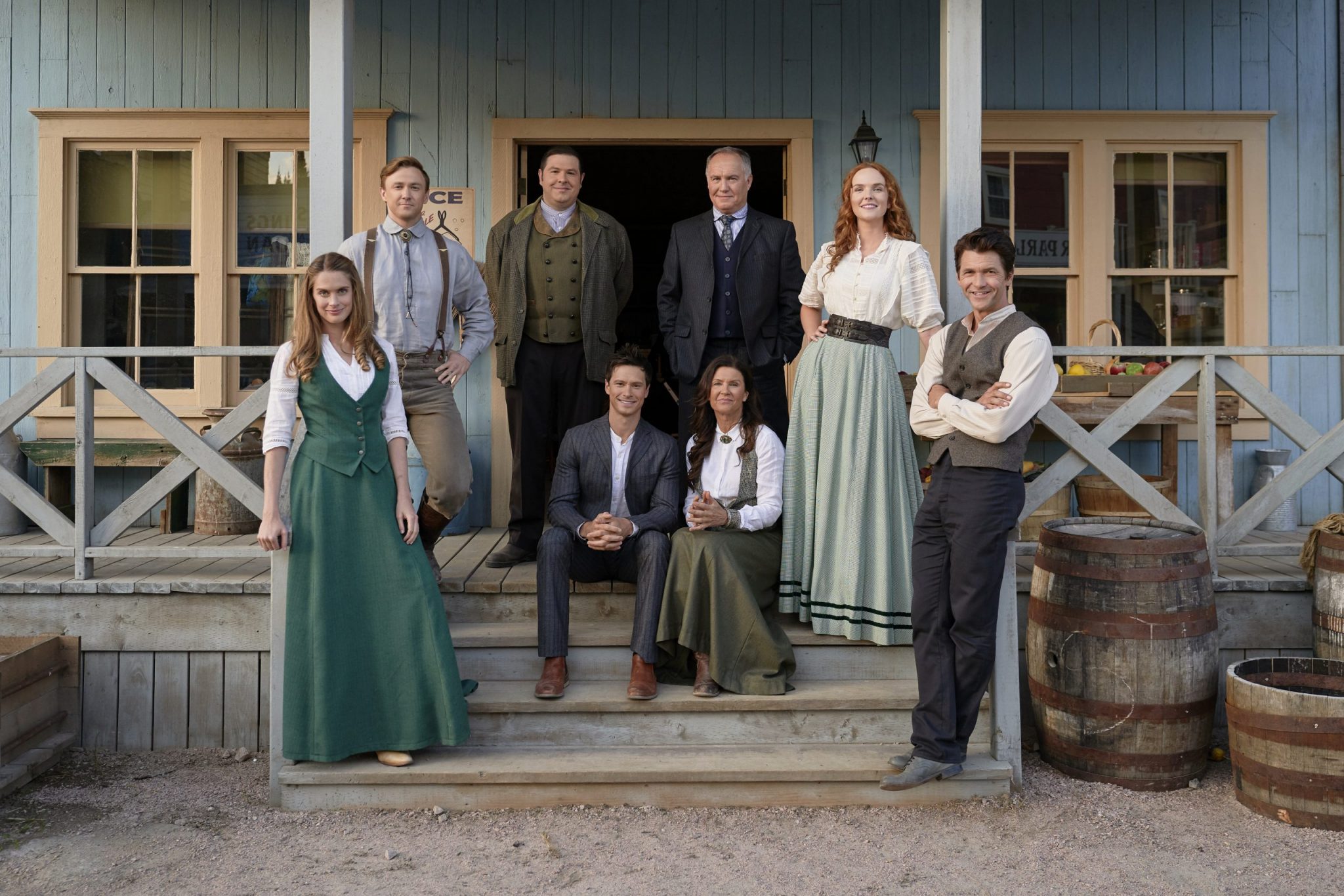 Has Hallmark renewed When Hope Calls for Season 2? The first season aired on the Hallmark Movies Now app in 2019, and just finished airing on the Hallmark Channel, after WCTH on Sunday nights. What we know about the When Calls The Heart spinoff’s future.

Will There Be A When Hope Calls Season 2?

As TV Shows Ace has already revealed, Hallmark renewed When Calls The Heart for Season 8 at the end of April. But what about When Hope Calls? We are already into the second week of May and Hallmark has not yet shown their cards on what their future plans are for this spinoff.

In many ways, it seems highly unlikely that there will be a second season. As previously reported, the first season started on Hallmark Movies Now. Just recently, they have aired all ten episodes, in the most ideal time slot, right after WCTH. The last episode aired April 26. It has now been two full weeks. It is quite a surprise that there has not been any sort of decision made.

When Hope Calls Had Great Ratings

Although Hallmark has remained silent on renewing When Hope Calls, the ratings have revealed quite a bit. According to CarterMatt, When Hope Calls had great ratings throughout the season and all the way to the final episode. They point out that this is quite “remarkable” as the series has already aired online. The live viewership has been tremendous. Over 1.8 million people watched the series this spring.

Thus, CarterMatt expressed surprise that the show was not automatically renewed at the end of the season. But, the outlet does point out that the criteria for renewing an online show may be a bit different. Yet, could the producers be considering something else altogether? Again, there has been no word. But, then again, hearties have been more preoccupied with WCTH.

Miss the cast of Brookfield? Stream all the episodes of When Hope Calls on @HallmarkMoviesNow! In episode one, do you remember what the children named the cow?

Lately, Hearties have put their efforts into requesting a longer When Calls The Heart season than in the renewal of When Hope Calls. The campaign is #MoreHopeValley. Fans have been asked to tag @hallmarkchannel and @michellevicary, the vice president of programming, in their tweets.

According to TV Shows Ace, even stars like Erin Krakow have encouraged fans to go to social media and share their desire for a longer WCTH season. She also happens to be an executive producer of the show. Normally, there are 10 episodes in a season. Fans now want more.

Could a longer season possibly incorporate the When Hope Calls characters as well? Could Hope Valley and Brookfield be included in one show? That could certainly be one of the reasons why Hallmark has not made an official announcement. They may have decided to tweak how they broadcast this spinoff.

‘Love After Lockup’: Scott Not Oblivious To Lindsey’s Schemes
See Photo From ‘Smothered’ & ’90 Day Fiance’ Crossover In Vegas
Abigail Heringer Gets Real About Her Feelings For Matt James
’90 Day: The Single Life:’ Big Ed Tries New Hairstyle For His Date – No Mayo?
‘My 600-lb Life’ Michael Blair Speaks About Near Fatal Car Accident