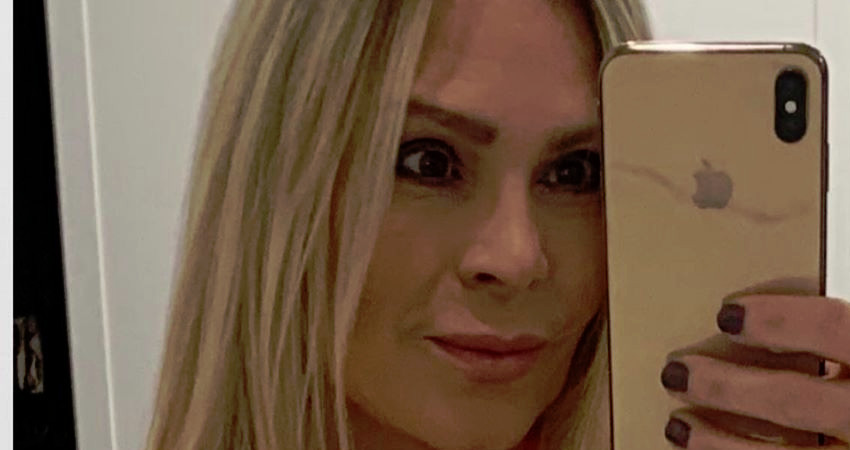 The Real Housewives of Orange County alum Tamra Judge is elaborating on her earlier criticism of her RHOC co-stars.

TV Shows Ace reported that Tamra’s initial response was a shady facepalm emoji. Shannon clapped back at the ‘negative press’ the selfie caused. She wrote on her Instagram that she has a lung condition and follows proper guidelines.

Now Tamra has even more to say about her former RHOC co-stars’ selfie.

In a recent virtual chat with Hollywood Life, Tamra called out her RHOC co-stars for their selfie. She said, “I thought it was absolutely ignorant.” Tamra also noted that the selfie broke the stay-at-home order of California, where they all live.

Shannon’s Instagram Stories about her reunion with her Season 15 co-stars noted that she was filming some of it on her iPhone. Tamra shares with Hollywood Life her belief that the ladies were filming for the “drama” of the quarantine situation. She says,

I told Vicki [Gunvalson], I could see it, [the cast was] like, ‘Oh my God, we have to get this drama right now! We have to show everybody that we have masks on’ so they’re going to film it with their iPhone.”

Vicki and Tamra recently held an Instagram Live chat with fans on Cinco de Mayo. During the chat, the former RHOC stars revealed that Tres Amigas is no more.

Shannon’s Friendship With Tres Amigas Over

As fans know, Vicki, Tamra and Shannon were close friends during Season 14. So close, in fact, that they called themselves the Tres Amigas.

According to Tamra, Shannon stopped answering their phone calls once Tamra and Vicki left RHOC after Season 14. In Tamra’s opinion, Shannon was only friends with them because they were all on the show together, TV Shows Ace reports.

While Shannon hasn’t spoken out about her feud with Tamra and Vicki, her selfies with Tamra’s nemesis, Kelly Dodd, speaks volumes.

During their tequila tuesday chat, Tamra and Vicki also dished on Shannon’s behavior during an RHOC cast trip to Key West.

The Dos Amigas reveal that Shannon went “f**king ballistic” on a producer, Reality Blurb reports. According to Tamra, her former RHOC co-star was “screaming and yelling” and causing a scene. Tamra recounts,

It was so bad that you don’t even see her the entire time on the last trip because she was in the room screaming at the producer.”

The CUT Fitness owner says the production crew “made” Shannon come out of her room to take a photo with the rest of the cast.

The Real Housewives of Orange County’s Season 15 is on hold until the coronavirus crisis passes. Check back with TV Shows Ace for updates on when it will resume filming.