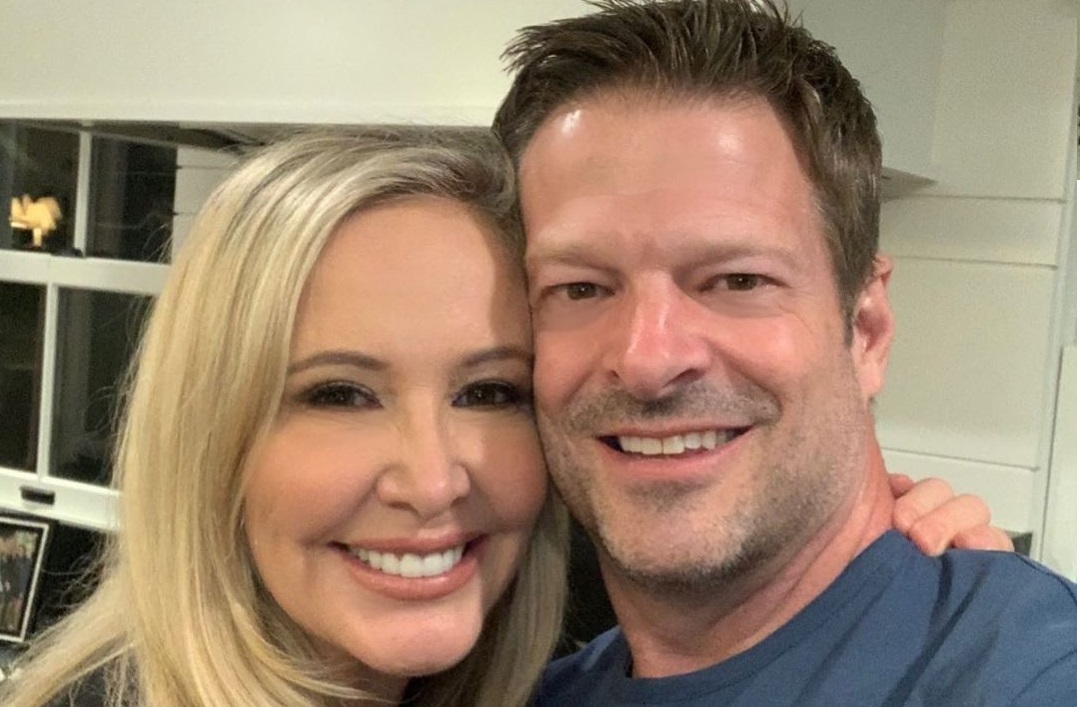 The Real Housewives of Orange County star Tamra Judge responds to a selfie taken by Shannon Beador during a ‘quarantine catchup’ with some of the Season 15 cast.

As TV Shows Ace reports, RHOC stars Emily Simpson, Kelly Dodd, and Braunwyn Windham-Burke converged on Shannon’s backyard for a get together on Sunday, May 3.

While the foursome practiced social distancing guidelines by Shannon’s pool, a cheek-to-cheek selfie of Shannon, Emily, and Braunwyn raised eyebrows on social media. Shannon’s former co-star Tamra Judge reacted to the snapshot with an emoji response full of shade.

In the photo of Shannon, Emily, and Braunwyn, all three are wearing masks. However, many fans noted the irony of Shannon’s custom mask with ‘6 FEET’ written on it. The selfie didn’t escape the notice of RHOC alum Tamra either.

As fans know, Tamra recently opened up about the end of her friendship with Shannon. According to Tamra, Shannon is no longer taking her calls. Tamra feels it was a fake friendship on Shannon’s part just for RHOC.

Tamra wasn’t the only one who took issue with Shannon’s selfie. Many fans and media outlets noted that the selfie didn’t adhere to social distancing guidelines, despite the masks.

Shannon took to her Instagram account to clap back at the ‘negative press.’ She shared a series of mask-wearing group selfies, including another one with her RHOC co-stars.

In the caption, she wrote that due to her medical issues, she is always careful to follow social distancing guidelines.

This isn’t the first time Shannon has caught flack for her quarantine posts. A few weeks ago, she ran into Braunwyn while out for a walk. The two RHOC stars and their partners snapped a social distancing selfie.

Even though Shannon and Braunwyn were six-feet apart, fans jumped on Shannon for being irresponsible. At the time, she disclosed that she has a lung condition and takes social distancing seriously.

Shannon filmed some of the get-together at her house with her iPhone. The Real Housewives of Orange County’s Season 15 production is on hold until the quarantine is over.

Tamra and Vicki Gunvalson are doing an Instagram Live Cinco De Mayo edition of Whoop It Up With Vicki. The chat goes live at 6 p.m. Pacific time (9 p.m. Eastern time) on their Instagram accounts.

So, do you have thoughts on Tamra Judge’s latest shade on Shannon Beador? Tell us about it in the comments down below!