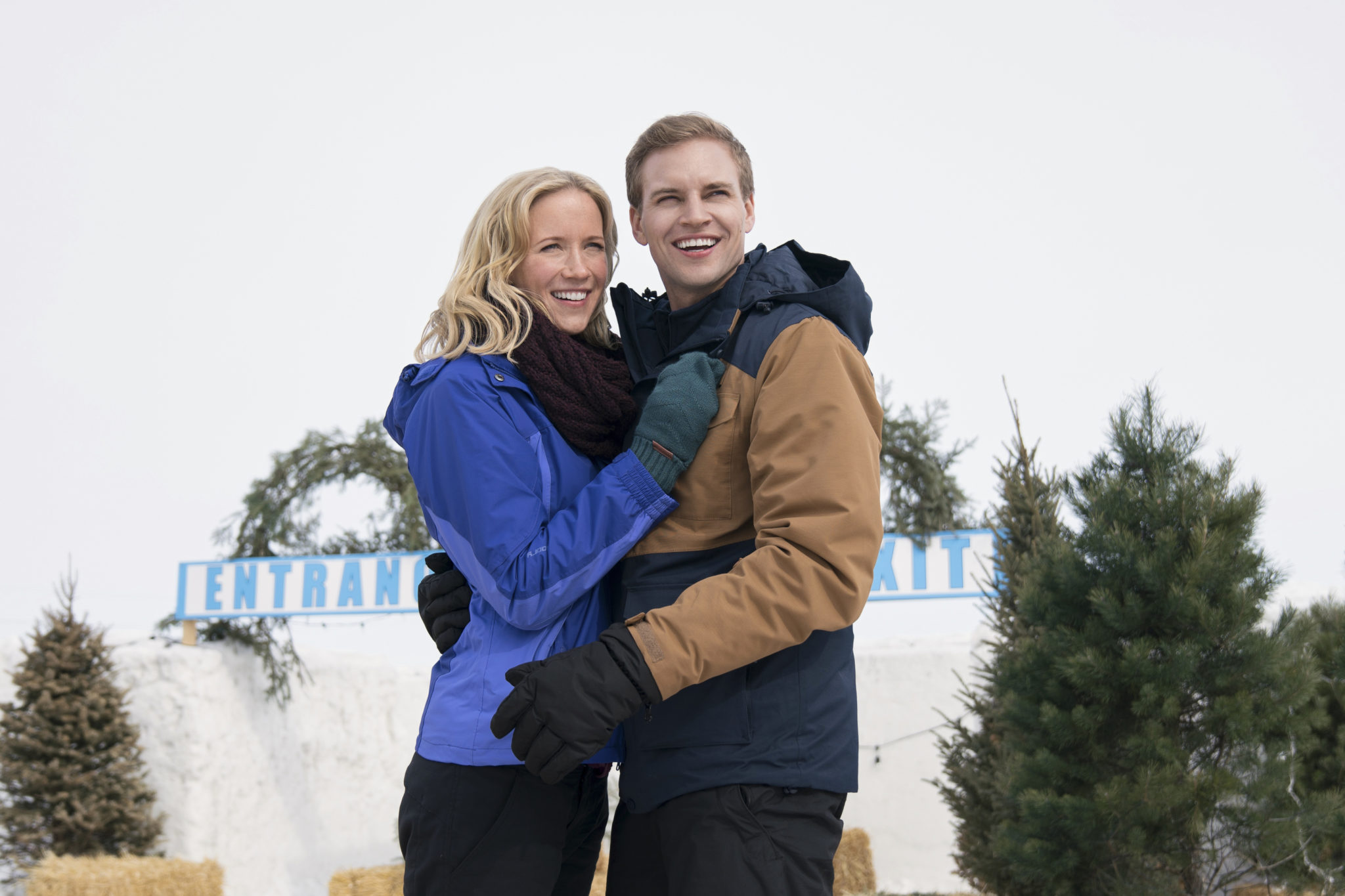 What is Amazing Winter Romance About?

Julia (Schram) is an inspirational writer who is needing some of her own inspiration. She decides to return back to her small town to write a piece on charming hometowns and what makes them so charming. Her boss loves this idea. Secretly, she hopes this trip helps her get her mojo back, so she can once again “seize the day.”

Back home, Julia runs into her childhood pal, Nate (Williams), who is building an amazing snow maze. Nate beckons her to enter the maze, but Julia feels it is too scary. She feels claustrophobic. Julia worries she will go in and never get out! Is this a metaphor for her current life?

In this story about community and love, Julia feels something that she has not felt in the big city. But, it is also about the maze of love.

The Giant Snow Maze Is Real!

Appearing on Home & Family, Jessy shared that she spoke to Amazing Winter Romance director Jason Bourque prior to filming this Hallmark movie. She assumed that the snow maze would be CGI and she was wondering what she would need to do in order for it all to look real. Jessy assumed she would be standing in front of a green screen.  Turns out, she was filming in and around a real snow maze during their filming in Winnipeg, Manitoba. Calling it “brilliant,” this snow maze is in the Guinness Book of World Records!

Where Can You See Hallmark’s Amazing Winter Romance?

Amazing Winter Romance premieres on Monday, Jan. 20 at 9 p.m. Eastern time on the Hallmark Channel. Encore showings include Jan. 22 at 4 p.m Jan. 25 at 3 p.m., all times Eastern. Be sure to always check listings in case of a schedule change.

Are you ready for more Winterfest? Hallmark is airing five new Winterfest movies for 2020. All take place in a wintery, usually snowy location. Besides snowball fights and snow angels, hot chocolate and glaciers, there is a toasty warm romance.

TV Shows Ace reported that Winterfest 2020 premiered with Winter In Vail, starring Lacey Chabert and Tyler Hynes. The second Winterfest movie is the very Bachelor-like Love In Winterland, starring Chad Michael Murray, Italia Ricci and Jack Turner.  The most recent Winterfest movie is Love On Iceland, which just premiered on Saturday. This romantic movie takes place in the gorgeous Scandinavian country, including the Blue Lagoon, inside glaciers and under the Northern Lights. This breathtaking movie stars Kaitlin Doubleday and Colin Donnell.

Be sure to check back with TV Shows Ace for the latest on Hallmark movies.