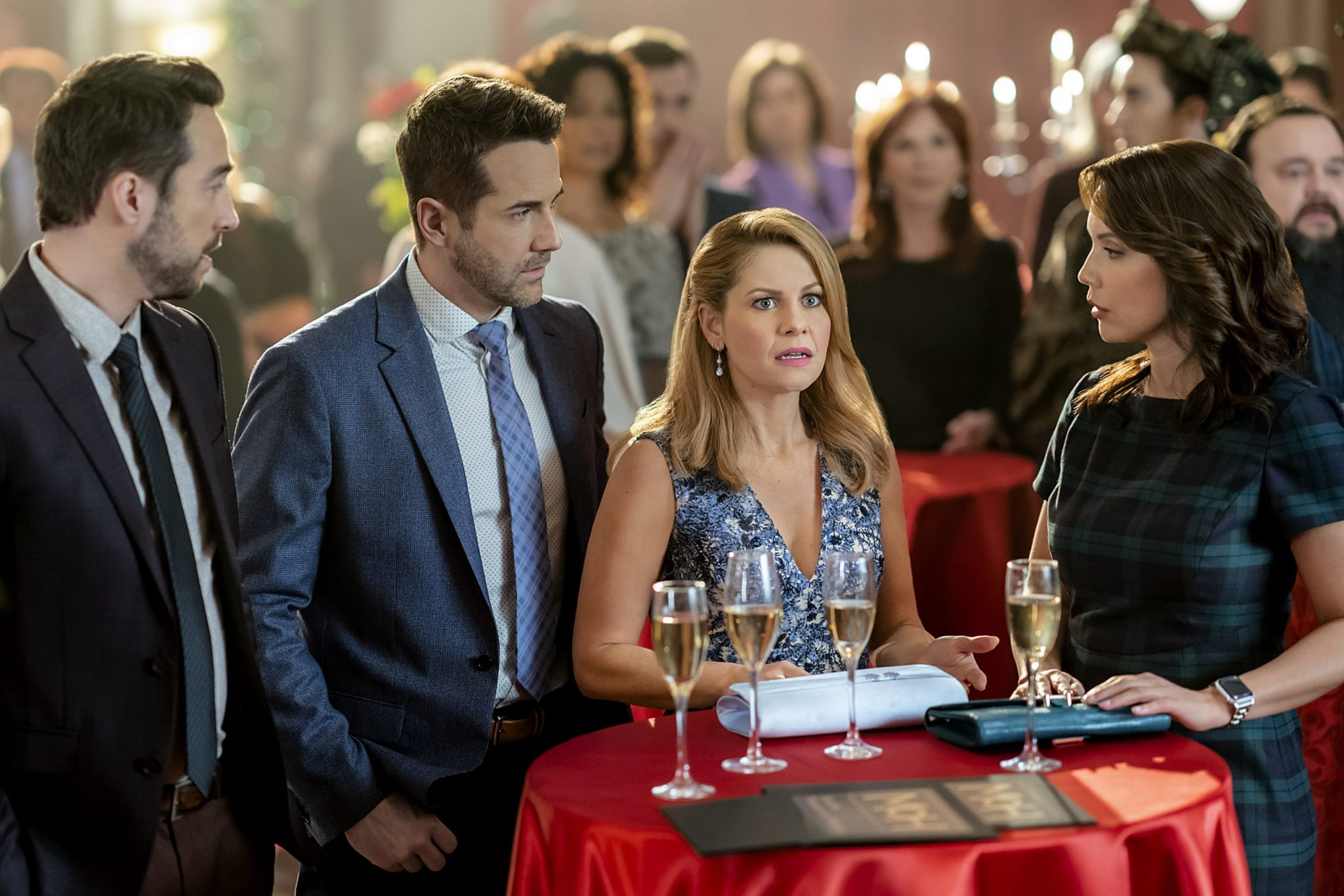 Hallmark mystery fans will be thrilled to know that Aurora Teagarden is back with a new mystery, Heist and Seek. Candace Cameron Bure (Fuller House) returns as the librarian/sleuth, along with Niall Matter (Motel 13) as her boyfriend Nick Miller, and Marilu Henner (Taxi) as Aida Teagarden.

What Is Heist And Seek About?

The new Hallmark Movies and Mysteries offering, Aurora Teagarden Mysteries: Heist and Seek, will be premiering on Sunday, April 12. According to the Hallmark preview, this is a “complicated” mystery about a rare Tudor crown that is literally stolen in front of the Lawrencetown Library’s annual fundraising event. The treasure, “Leicester’s Gift,” was on loan from the Seattle Museum of History. They desperately need to get it back!

As Aurora Teagarden (Bure) investigates, she discovers this is more than the theft of the Elizabethan treasure. Aurora discovers two murders connected to the crown heist.

But, there is a little extra story going on during this investigation. Nick (Matter) is ready to pop the question. But, every time he’s about to propose, Aurora finds a dead body! Will he finally put a ring on it?

On March 20, the new Aurora Teagarden mystery stopped production. According to ET, who spoke to Candace Cameron Bure via video chat, all production was halted due to safety precautions surrounding the coronavirus. Calling it “the most responsible decision,” Bure immediately flew home from Vancouver to Los Angeles. Now she is self-quarantining with most of her family. Her son, Maksim, is in college in Minnesota and is secure there.

According to Candace’s page on IMDb, there is still an unscheduled/unaired mystery, Aurora Teagarden Mysteries: Reunited and it Feels So Deadly. It is not clear if this was the movie that was in progress when they halted production. Or, whether filming has been completed. Nonetheless, once things are safe again, the beloved characters from Aurora and the Real Murders club will be back filming. Soon, they will be creating another entertaining movie for mystery fans.

As for when Hallmark will return to production, everything is in flux. Right now, Cameron calls this a “waiting game.” Currently all Hallmark productions are on pause. This is to ensure their cast and crew are safe during this pandemic.

Thankfully, there are several new mysteries to watch. According to TV Shows Ace, there is a new Mystery 101, and a new Ruby Herring Mysteries.

When Can You See Hallmark’s Aurora Teagarden Mysteries: Heist And Seek?

Be sure to check back with TV Shows Ace for the latest Hallmark news. This includes when the cameras start rolling again, and when fans get to see new movies and mysteries. Aurora Teagarden Mysteries: Heist And Seek premieres on Sunday, April 12 at 9 p.m. EST time on the Hallmark Movies & Mysteries Channel.