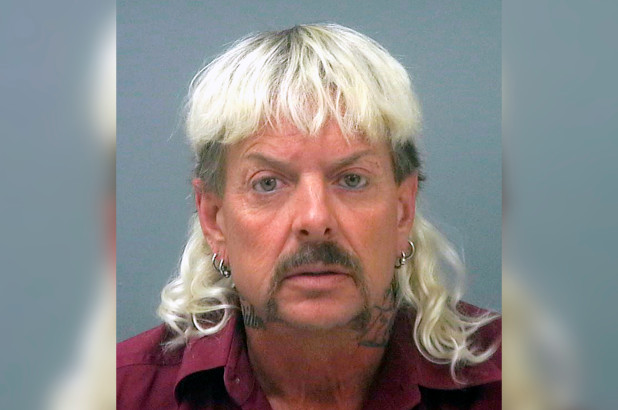 Casting Tiger King as a scripted TV drama has been the guessing game and star-studded wish list for fans and those who are obsessed with Netflix’s seven-episode limited docuseries, Tiger King.

Now Variety got the scoop that actor Nicolas Cage has nabbed the coveted acting role. Cage will serve as the starring role portraying the incarcerated reality TV personality and former Oklahoma zoo owner Joe Exotic in an eight-episode series.

This series for broadcast TV is produced by Imagine Television Studios and CBS Television Studios, and it is based on the Texas Monthly article Joe Exotic: A Dark Journey Into the World of a Man Gone Wild, by Leif Reigstad.

The docuseries was helped by the COVID-19 lockdown.  The popularity of the series was fueled by people on social media touting it as a must-see, bingeable series.  The extreme personalities of the people portrayed in the Netflix series caught people off-guard and kept them glued to the episodes.

Tiger King hit some milestones in viewership as Variety exclusively reported that 34.3 unique viewers were registered within the first 10 days of its release (March 20-29), all based on Nielsen estimates.  They reported this was higher than Stranger Things 2 and Stranger Things 3.

Why Nicolas Cage is a brilliant choice for Joe Exotic

Academy Award-winning actor Nicolas Cage’s career is not an easy one to pigeon-hole.  Hollywood royalty DNA runs in his veins, as he is the nephew of award-winning filmmaker Francis Ford Coppola and actress Talia Shire (Rocky, The Godfather).

From his over-the-top character roles, such as one-handed love-sotted Ronnie the baker in Moonstruck with Cher, to his heavy turn as suicidal alcoholic Ben Sanderson in Leaving Las Vegas, Cage has defied career ruts and character stereotypes by choosing a wide variety of genres and roles. He has tackled the action-genre too, appearing as an FBI agent in 1996 classic, The Rock with Sean Connery.

Physically, Cage has a similar build to Joe Exotic, as he is also tall and long-legged.

Is this the only Tiger King project?

No. It was announced by Deadline that Kate McKinnon was attached to star in and executive produce a TV series set upon the Wondery podcast Joe Exotic, with McKinnon starring as Carole Baskin.

What will the scripted Tiger King be about?

According to Variety, the broadcast Tiger King will focus on Joe Schreibvogel, known now as Joe Exotic. The scripted effort will be about “an eccentric, exotic zookeeper in Oklahoma who fights to keep his park even at the risk of losing his sanity,” according to Variety.

This new TV effort is described as an origins tale, where Joe’s path to roadside zookeeper is fleshed out. It will follow his full coming-of-age as a zookeeper arc ending in his path that lead him to prison.

Currently, Joe has been transferred from Grady County Jail in Chickasha, Oklahoma to the Federal Medical Center, in Fort Worth, Texas.