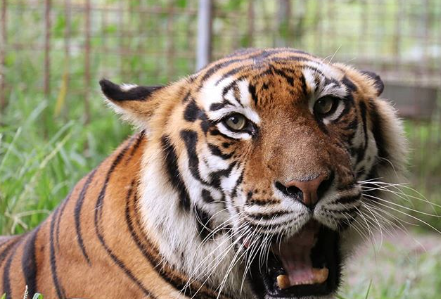 Carole Baskin isn’t the main character in the docuseries, Tiger King, but she was a huge part of the story. The target of Joe Exotic’s hitman plot and constant content fodder for his television show was Carole. Carole couldn’t miss that fact Joe didn’t like her. Now, the show is a major a hit. This is partly due to everyone confined at home due to the coronavirus.

Carole said when she agreed with producers to participate, they didn’t make it clear what would be aired. She said the directors, Eric Goode and Rebecca Chaiklin, did a bait-and-switch.

What Does Carole Baskin Think The Directors Tricked Her With?

Carole said, “there are no words for how disappointing it is.” She says Netflix did something unethical to her by pitching to her the documentary would be like Blackfish. Blackfish exposed Sea World after several animals died at the park. Since Carole owns Big Cat Rescue, she was immediately drawn to the project and was hoping to expose people like Joe Exotic, who own big cats as pets. That didn’t turn out to be quite what the documentary was about.

Carole talks about Tiger King, saying, “the series chose to be salacious and sensational in order to draw in viewers.” According to The Wrap, Carole was also upset that they spent a lot of time on the disappearance of her husband.

She said, “they devoted an entire segment to 23-year-old lies and innuendos suggesting I was involved.” She said she wouldn’t use the platform to bring attention to Netflix any longer. She’s going to focus on saving cats. She said, “I hope viewers will join our fight and cease support of the individuals capable of this abuse by not engaging in cub petting or ‘tiger selfies.’ Even more importantly, help us pass the Big Cat Public Safety Act which would end so much of the abuse.”

Armani says – all you need is love and kindness <3

Freeing The Tiger King From Prison

There is now a petition on Change.org to free the Tiger King. It states Joe went to jail for trying to expose Carole and specifically asks Donald Trump for help.  It currently has over 4,000 signatures. The petition is a direct result of fans from the show learning about him.

Joe Exotic has also issued a lawsuit from jail, according to Entertainment Tonight of over $90 million. In the lawsuit he named Jeff Lowe, claiming he lied to the government and planted evidence. He also named the U.S. Department of Interior and the U.S. Federal Wildlife Service. Fans will wait to see if anything comes from his lawsuit or the petition fans have put out for him.