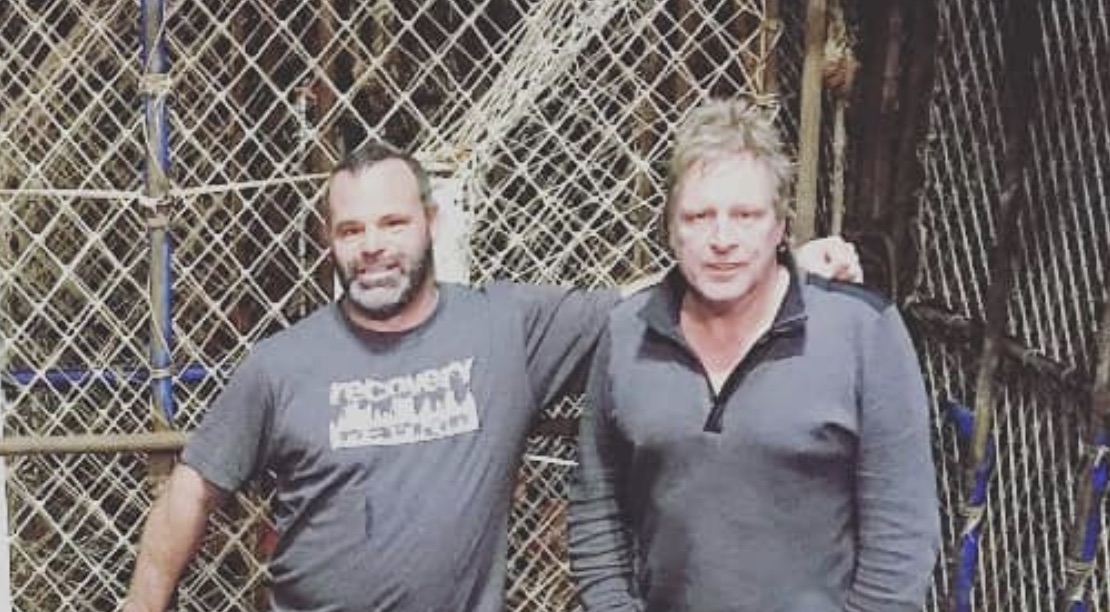 Deadliest Catch fans watching Season 16 are a bit confused. Why is F/V Northwestern’s Matt Bradley now working with Captain Jake Anderson on the F/V Saga? We’ve got the story!

Deadliest Catch Season 16 has been rife with changes. As TV Shows Ace has previously reported, Captain Scott Campbell Jr. returned to crab fishing, after leaving due to a life-threatening back injury. Junior’s return to the Bering Sea was totally unexpected, yet totally welcome.

The other big surprise was Captain Johnathan Hillstrand. As TV Shows Ace previously reported, the former F/V Time Bandit captain has left the cozy days of retirement, to return to the harsh Bering Sea. Instead of returning to the Hillstrand family boat, he is now co-captain and mentor to Captain Jake Anderson on the F/V Saga. But that is not the only F/V Saga change. Former F/V Northwestern crew member Matt Bradley is now on the F/V Saga!

Since the Deadliest Catch Season 1, Matt Bradley has been a mainstay on the Hansen-run boat. What events happened prior to Season 16 that led Matt to switch boats?

That 1 time during king crab season 16 of deadliest catch.. when captain Jonathan Hill strand Rode up to the saga on a…

Why is Matt Bradley no longer on the F/V Northwestern? Some fans of the Discovery show surmised that perhaps Captain Sig Hansen came to blows with Matt Bradley, resulting in his departure. But, this is not the case.

According to Bradley, who posted on a Facebook show fan site, they don’t save a spot on a boat for you if you should leave. They have a lean crew onboard and every deckhand is necessary. So, when Matt left the boat, they found a replacement.

But, it turns out that Matt Bradley had left crab fishing altogether to help out his wife with a family business. Although he owns an e-cig/vape business, we do not know if this is the business that he left fishing for. As with every business, there are some income highs and lows. Matt needed to return to crab fishing, where the money is really good. He returned in order to support his family.

Although there was no longer room on the F/V Northwestern, but Jake Anderson needed someone on the F/V Saga, and Matt joined his crew. Of course, both spent many years on the F/V Northwestern working together. Matt and Jake even came to blows at least once on the Deadliest Catch. Yet, in the end, Captain Jake Anderson considers Matt Bradley to be “family.” And along with Captain Johnathan, they are already enjoying an amazing fishing season.

Matt’s biggest issue this season? He told his fans on social media that keeping it a secret that Captain Johnathan was back was pretty tough!