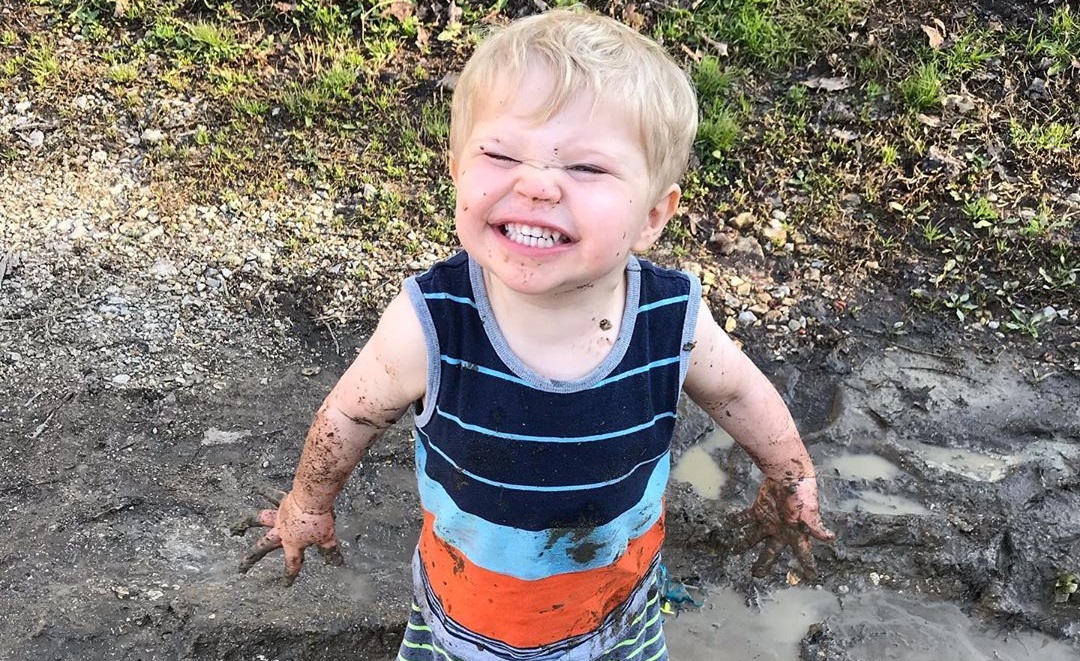 It looked as if Joy-Anna Duggar Forsyth and her son Gideon got out of the house for a little fresh air yesterday. Both Joy and Gideon were all smiles as they headed out to greet the day. While there were certainly a lot of things to love about the adorable picture… There was one thing in particular that certainly got people talking.

“Can I just say I LOVE how he’s buckled in correctly!! Good job mama!!” One of her followers penned in a comment. The comment quickly accrued 33 likes a few dozen replies as well. Unsurprisingly, the comment quickly sparked a debate regarding whether Joy-Anna actually had Gideon buckled in properly.

Some noted that he was in the wrong type of car seat entirely. They believed he should still be in a rear-facing car seat. While the law does vary from state to state… Typically, a child needs to be in a rear facing car seat until they reach the age of two. Gideon Forsyth did recently celebrate his second birthday. Some fans, however, believe he’s still small enough that he would be safer in a rear facing seat. Naturally, Joy had fans quick to defend her. They insisted he was plenty old enough to be in a front facing seat.

There were other fans who disagreed with the placement of the chest piece. One individual claimed it should be in line with the armpits and it wasn’t. There were, however, some that joined the original individual in praising Joy-Anna for keeping her son safe.

Upon closer inspect, there is one huge problem with the car seat snapshot.

Now, going back to the Instagram snapshot and taking a closer look… It becomes a bit baffling as to why her fans are debating on whether Gideon Forsyth is properly restrained in his car seat or not. Why? Well, because he isn’t.

Go back to the photo (found in this article) and take a closer look at the chest piece. Zoom in a little if you need to. Do you see it now? She did not even buckle the chest piece. So, technically he’s not properly buckled into the car seat. Because he’s not buckled in at all.

While it was a bit buried in the responses of the original comment… There was an Instagram follower that did notice the chest piece was unbuckled.

This individual, however, seem to be alone in noticing the buckle not being secure. In fact, the individual had other followers shut down the statement. They insist the car seat buckle is correct. That, however, doesn’t change the fact that if you look at the photo… He isn’t.

So, did you notice Joy-Anna Duggar Forsyth forgot to secure Gideon’s chest piece in the car seat? Sound off down below and let us know!