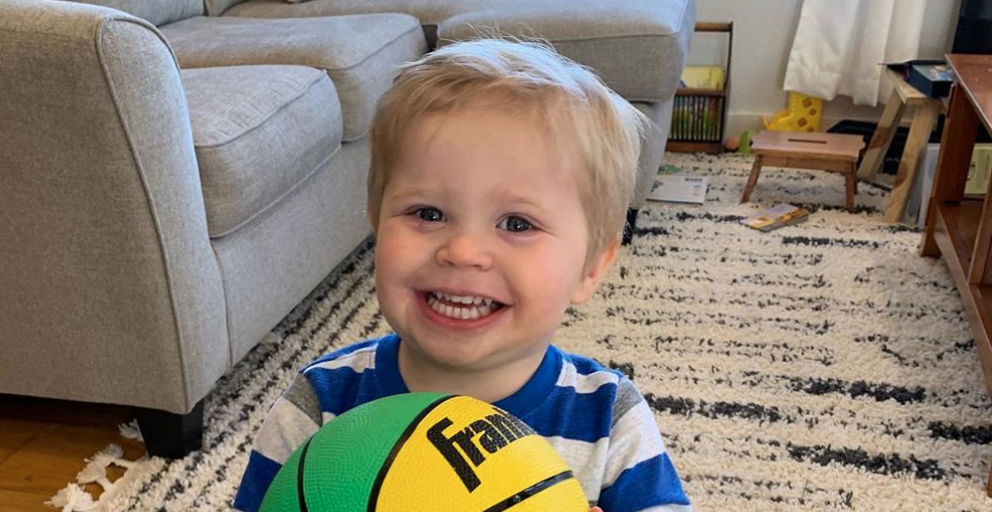 Currently, Joy-Anna Duggar and Austin Forsyth have one son together. The two-year-old boy’s name is Gideon.

In the summer of 2019, Joy-Anna tragically lost a baby at 20 weeks gestation. So, it might be a little while before Gideon loses his only child status. As TV Shows Ace reported, it’s been “a long last 8 months.” It seems that Joy-Anna and Austin are taking their time before expanding their family. Joy-Anna is letting her body heal. And, there’s likely still grief for them to work through. They did reveal that they do want more children though.

In the meantime, Gideon is loving spending time with his parents. He’s even taking after his dad and enjoys going to work with his parents. Austin owns his own excavation business and does contracting work. So, Gideon recently got to sit in a bulldozer with his mom, which they took a picture of.

As TV Shows Ace reported, he celebrated his second birthday near the end of February. His parents dedicated a post to him on Instagram, which got a lot of their followers talking about the little guy and what he’s like.

Duggar fans think that Gideon is the happiest kid ever

Most of the family’s followers agree that Gideon is just the happiest little kid. He’s always smiling and laughing. Whenever Joy-Anna shares a new post about her son, her followers go on and on about his smile and his laugh.

In a recent post, Joy-Anna shared a video of Gideon singing. One follower commented, “His smile radiates so much love and happiness! He is adorable! ❤🙂” Another comment reads, “Such a happy boy!! Always makes me smile“.

His love for music and singing has really come out recently!🎶👦🏼 He’ll go around the house singing ‘Happy Day’ with the biggest grin on his face!😍 . #ohappyday #littlesinger #GideonMartynForsyth

Fans can’t recall a time they’ve seen the two-year-old looking sad. It’s possible that Joy-Anna only shares the highlights and the happy moments. But, overall, he really does seem to be excited about everything.

Plus, Gideon looks like he loves everyone. He seems to have a close bond with his aunt Jana Duggar. She occasionally posts about him on social media and gushes about him. In a post, she said, “This kid by far is one of the cutest and has the biggest smile ever! 🥰” That caption seems to match up with what Duggar fans think about Gideon. In the video of the two of them playing the piano, he definitely appears to be into it. He’s a cheerful toddler.

So, do you think that Gideon is one of the happiest kids ever? He always seems to have a big smile on his face.

Counting On is reportedly filming right now, so stay tuned for more updates.