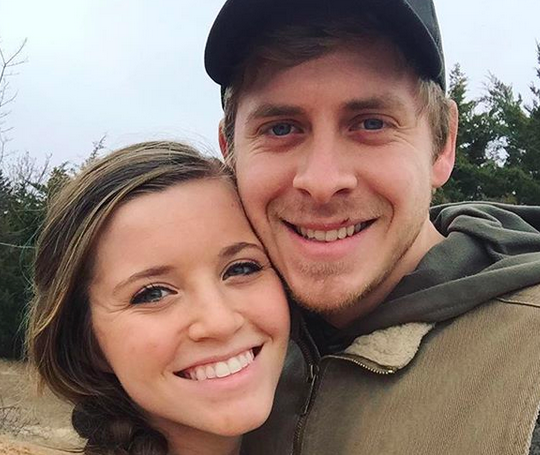 Because the Duggar family lives in the spotlight, it’s easy for them to be criticized. They often get nasty comments from their followers on social media. While there are definitely more positive ones than negative ones, they get their fair share of criticism.

Most recently, Joy and Austin are being parent-shamed. On Sunday, their son, Gideon, turned two. As most parents do nowadays, they shared a post on social media. It featured pictures, a video, and a sweet caption, as reported by TV Shows Ace.

On Reddit, Duggar fans were quick to notice that Gideon isn’t wearing a helmet in a picture of him on a horse. They also realized that no one is standing particularly close to him to catch him if he falls. It could’ve been for just a minute, but fans are still pretty worried.

Because of this, fans of the family are very concerned about him. They think he should be wearing a helmet in case he falls. He was only one year old when the photo was taken.

On Reddit, a user said they hope Gideon gets a helmet for his birthday. Another teased, saying “Jesus is his helmet.” Users shared their own experiences with helmets growing up. Someone said, “My daughter started riding at 6 and I told her if she ever rode without a helmet it would be the last time she was on a horse. Period. Last summer she was thrown, her helmet cracked but no head injury.” This same user said that helmets are nonnegotiable.

On Instagram, Joy and Austin have limited the comments on the post. So, none of their followers have mentioned the lack of a helmet on that platform. It’s unlikely that the Duggar family will do any explaining if it’s only discussed on Reddit.

Someone said that it’s just a southern thing. They aren’t necessarily saying that the child shouldn’t wear a helmet, but they’re giving some reasoning for why he may not be.

The user wrote, “I wouldn’t hold my breath. In my experience, Southerners and people that identify with the whole ‘redneck’ thing (which I think Joy and Austin do) have this weird aversion to taking safety precautions.”

The family shared special birthday wishes for the now two-year-old boy. Jim Bob and Michelle shared a sweet video of him playing the piano with his aunt Jana.

As mentioned, Joy and Austin shared a handful of pictures of their son. They also wrote about his favorite things.

Duggar fans are loving seeing Gideon grow. But, they are definitely concerned about his safety after seeing him without a helmet.

What do you think of Gideon riding a horse without a helmet? Do you think it’s a safety issue? Leave a comment below.