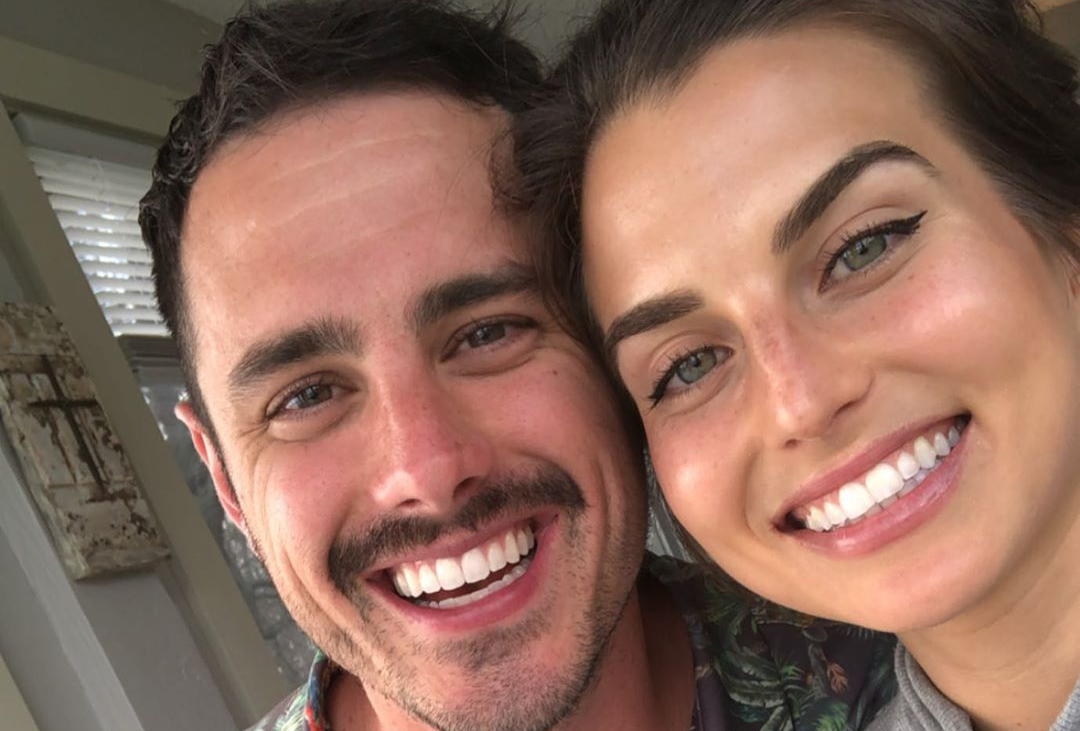 Ben Higgins recently revealed that not everyone feels the overwhelming urge to watch themselves on television.

Peter Weber’s Season of The Bachelor was extremely controversial.

As Cheat Sheet reminds us, fans of the Bachelor Nation community agree Peter Weber’s Season is one of the most controversial seasons we’ve seen in a long time. He proposed to Hannah Ann Sluss. He claimed he loved her. But, he still had feelings for Madison Prewett. Moreover, most believed Hannah Brown still lingered somewhere in his heart as well.

Ultimately, however, things did not work out with Hannah Ann Sluss and Peter Weber.

Recently, she caught up with Ashley Nicole Iaconetti Haibon and Ben Higgins. She sat down for a chat on their podcast called Almost Famous. During the podcast, Hannah Ann Sluss revealed that she’d recently rewatched her season of The Bachelor.

During the conversation, Ben Higgins spilled that he didn’t watch his own Season of the show.

Hannah Ann Sluss believed watching her Season of The Bachelor was extremely helpful and enlightening for her. In the moment that Peter Weber proposed to her… She had no idea that he had such strong lingering feelings for Prewett. It was not until later that Hannah Ann learned Prewett made the decision to leave the show. Moreover, if she had stayed… Peter probably would have proposed to her instead of Sluss.

Hannah Ann Sluss admitted that, in the moment, she had her own point of view on things. However, watching the show, put things in a new light for her. Overall, she appreciated the clarity watching the Season back was able to give her about what went wrong.

Watching the season back has actually been really helpful for me. It’s helped me work through any unresolved feelings I had towards him because I am able to see how he is consistently indecisive and confused. That doesn’t make me feel secure in being with him. It’s really helped me move forward, because I know I deserve more than someone half-loving me.”

After watching her Season of the show… Hannah realized she deserved more than just part of a person’s heart.

Ben Higgins and Hannah Ann Sluss are not that different. Like Hannah, Ben Higgins knows what a failed Bachelor engagement feels like. He, however, appeared to share a slightly different view on watching his Season of the show over.

It was back in 2016 that he proposed to Lauren Bushnell. Their relationship came under fire when he revealed he had a love for both Lauren and finalist JoJo Fletcher.

You are the one that I want! And yes that is @sydneylotuaco from #thebachelor behind us who is a dancer on @bachelorliveonstage!

Despite loving each other, Higgins and Bushnell decided it was best to go separate ways.

Ben admitted to Hannah Ann that he never watched his Season of The Bachelor.

During the conversation with Hannah Ann, Ben Higgins admitted that he decided not to watch his Season of The Bachelor.

Hannah Ann Sluss told Higgins a little bit about what she wants in a relationship. She wants to be so in love with someone that suddenly all her failed relationships make perfect sense. Ben Higgins agreed that is likely what everyone wants.

“That’s what we all hope, right? I remember it’s why we didn’t watch back my season during that time, ’cause it was gonna be too hard. It’s weird. That’s not natural at any level. There’s nothing about that that’s healthy to do,” Ben added.

I just started training for my first half marathon and I’m so excited to take you guys along for the journey💪🏼 Does anyone have any training tips? Or better yet, a running playlist they love? 💐

Peter Weber and Ben Higgins, however, did not feel the same way about their seasons of the reality TV show. Unlike Ben, Peter did make the decision to watch his Season.

Bachelor Nation fans hope Hannah Sluss can find the closure she needs to get back out there and find that special someone.

So, are you surprised to learn Ben Higgins was not interested in watching his Season of The Bachelor? Sound off in the comments down below!