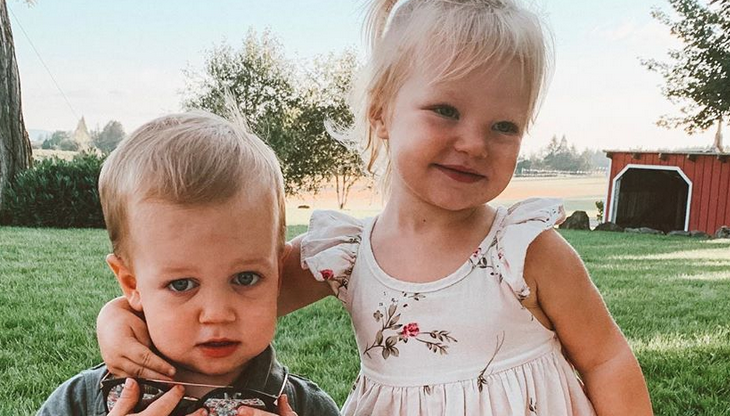 If you’re a fan of TLC’s Little People, Big World, you probably know about Matt and Amy Roloff’s kids. Their twins, Zach and Jeremy, each have two children. Jeremy and his wife Audrey’s kids are Ember, 2, and Bode, 3 months. Jeremy and Audrey used to be a part of LPBW. They have since moved on from the show. Right now, they have published a couple of books, have their own podcast, and recently started a newsletter.

Zach and his wife Tori have a two-year-old son Jackson and a four-month-old daughter Lilah. Zach and his family are still on the TLC show. Fans are loving seeing Jackson grow up on this season of the show. Plus, this season focuses on Tori’s pregnancy with Lilah. So, there’s a lot to look forward to in each episode.

All of the Roloff grandkids are really close in age. Zach recently talked about the bond that Jackson and Ember have. Even though Ember is not on Little People, Big World, the cousins still enjoy spending time together. They get to see each other often and spend time at Roloff Farms. There are several pictures and videos of the toddlers hanging out that have been posted on social media. In one post, Tori refers to them as “cousin friends.”

The cutest little farmers you ever did see 😍 Ember always wanting to hold Jackson’s hand, and sometimes he lets her😉 p.s. those are original Jelly shoes from the 1990’s that were mine and my mom saved them for me. Ember has been rockin them all summer💗

While talking to Good Housekeeping, Zach gives details about Jackson and Ember. He says, “Jackson and Ember have had plenty, tons of time to hang out with each other. With Jeremy and Audrey, [when] they had their book launch or whenever they would go on the book tour, quite a few times we hosted Ember at our house for a couple nights at a time.”

Zach sounds excited about the kids reuniting once the pandemic is over. Tori and Zach seem to be taking social-distancing seriously. There are questions about whether Audrey and Jeremy are following the guidelines though.

Nonetheless, Zach continues, “Jackson and Ember are really close … as we come into summer, hopefully all the health issues go away in society as a whole … and we’re able to spend time with each other. We live in the same neighborhood as Jeremy and Audrey, so there will be tons of opportunities as the summer rolls on.”

Right now, Bode and Lilah are still young. But, pretty soon, they will likely enjoy hanging out just like Jackson and Ember do.

So, what do you think of the kids’ special bond? Do you think Bode and Lilah will be close too? Share your thoughts in the comments below.