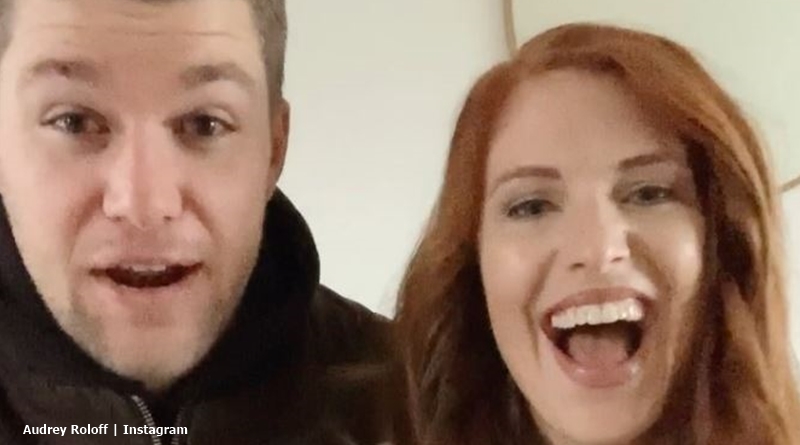 LPBW couple, Audrey and Jeremy Roloff picked up some flack from an irate fan recently for their comments on the coronavirus. But, while some people don’t like them, it looks like they remain as popular as ever. Audrey announced to her 1.3 million followers on Instagram that they just started their regular newsletter called “The Roloff Weekly!”

Some fans love Audrey for sharing about the birth of her children. But others slammed her for making a big deal out if. They told her she’s not the first-ever woman to suffer pain and motherhood. Some fans love their podcasts, and others hate them. There’s always people who get offended, after all. Recently, they got a lot of flack for talking about the coronavirus, we reported. They talked about Ember being an active kid, and how they sometimes struggle keeping her occupied during the COVID-19 social-distancing.

Terribly upset, one fan ranted that they live a “privileged” lifestyle on the farm. And, they pointed out the Little People, Big World alums often share photos of them out and about with Ember. Meanwhile, other people, not so fortunate are stuck in small apartments. We noted that the LPBW couple never responded. But, then, they don’t do that as they don’t encourage trolling. But at least they tried reaching out and identifying with their fans during this difficult time. And, other fans love them for that.

Taking to her Instagram on Tuesday, Audrey announced their new weekly newsletter. She captioned it with, “We’re finally doing it!🎉 We’re launching The Roloff Weekly!” Then, she explained that it comes in the form of a newsletter. They hope that it encourages their fans. According to Audrey, fans should expect life hacks, answers to questions, some “behind the scenes” stuff, and things to laugh at. The couple also hopes fans get some “inspiration” from them.

Signing up for it happens on an external link and it seems like a simple process. After filling in their name, address, and email address, LPBW fans get a note thanking them for subscribing. Plenty of fans already did that and look forward to the first edition. One follower said, “You two are just so amazing and down to earth. Definitely people that I long to have in my life. You guys are so motivating! Please tell us your secrets in these emails!”

We’re finally doing it!🎉 We’re launching The Roloff Weekly!💌Aka a little letter from us full of encouragement, our favorite things, life hacks, answering your FAQ's, sharing our behind the scenes, and all the links🙌🏻 We hope these weekly e-mails will add some laughter and inspiration to your inbox each week.📬! We’re sending out our first one this Thursday💌 DON’T MISS IT!! I hope it’s the best thing that hits your inbox this week😜 Click the link in my bio if you want in on the goodness!🎉

What do you think about the Little People, Big World alums launching their weekly newsletter? Did you subscribe? Sound off your thoughts in the comments below.