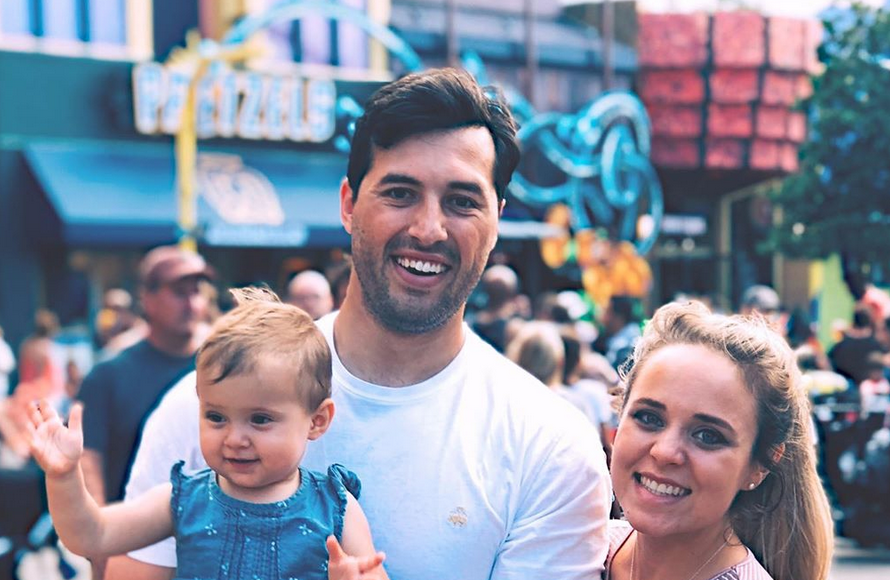 Since getting married to Jeremy Vuolo, Jinger Duggar has changed. She is stepping away from the way she was raised and is figuring things out for herself. And, she’s getting a lot of love from her social media followers for that. In a recent video, which features Jeremy and Jinger answering fans’ questions, fans noticed that Jinger seems happier. She seems different, they think.

Part of this could be due to Jeremy’s upbringing. While the Vuolo family is religious, they’re not nearly as conservative as Jinger’s family is. Fans think that Jeremy might have an influence on Jinger. Others see it as him helping her to live her life as she pleases while still following her family’s religion.

We’re back for our first J&J “Quarantine” Q&A! . Favorite binge-worthy shows, the first place we want to go after the dust settles, and more. Enjoy! 😊

There are several ways that Jinger is not like her parents and much of the rest of her family. Keep in mind that these things aren’t a big deal for most people. But, in the Duggar family, things are done differently. So, in changing, she’s stepping away from what she once knew. Jinger and Jeremy lived in Laredo, Texas after they got married. Now, they are living in Los Angeles, California. Since arriving there, they have been checking out the local shops and restaurants. They get out and explore on a regular basis, and they’re sure to document it on social media.

In addition, Jinger wears pants instead of dresses or skirts. She has also worn tank tops and other clothing her family might not consider to be modest. She has a couple of ear piercings too.

We had such an amazing time with friends yesterday @universalorlando . And yes, @jeremy_vuolo & I conquered the Incredible Hulk ride many times over! 💪🏼 😎

Jinger and Jeremy allow their nearly two-year-old daughter Felicity to dance. This is something that the Duggar family doesn’t allow. Jinger and Jeremy have a TV too, and they updated their followers on their latest Netflix favorites recently.

A source claims that Jinger and Jeremy ordered alcohol at a restaurant in Los Angeles. There’s no proof of this, but it’s possible that they drink, which is another no-no for the Duggar family.

At this point, Jinger and Jeremy have only one child. She will turn two in July, and there’s been no word on another Vuolo baby. Two years or more between each child is a reasonable age gap for many families, but many of the grown Duggars are having kids more frequently than that. So, this is leading some fans to believe Jinger and Jeremy want a smaller family.

As mentioned, none of this is earth-shattering for most people. A lot of the things Jinger does are things that anyone does. But, because of the Duggar family’s values, this is a bigger deal.

In the recent video that Jinger shared on Instagram, fans think she seems happier. They think she looks like she’s more herself and more comfortable. She’s getting lots of love and encouragement in response to the video. After all, it must be hard for her to step away from her parents’ way of life. As she figures things out for herself, she may also get backlash for “rebelling” against her parents. But, luckily, in the comments section of the new post, things are mostly positive.

One Duggar fan wrote, “Jinger has become her own person! So great to see! Obviously a supportive husband!” Other comments are similar. It seems like fans are happy to see Jinger growing and changing.

So, what do you think of the changes Jinger is making? Do you think this is a big deal for the Duggar family? Share your thoughts in the comments below.