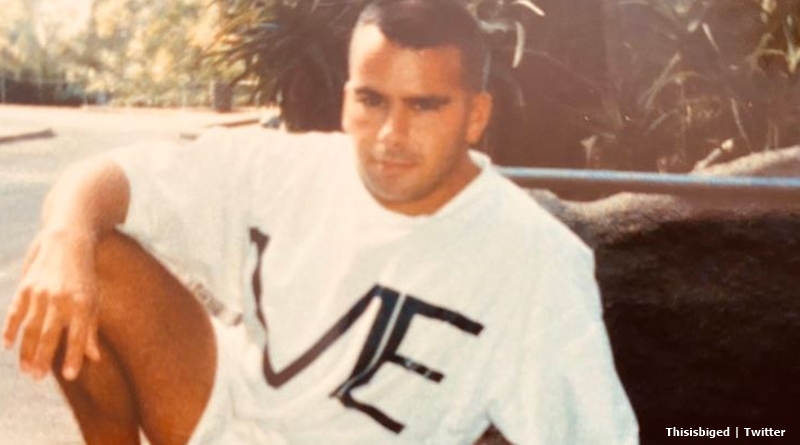 90 Day Fiance fans recently saw photos of Big Ed that went viral. Speaking to TMZ, the origin of the ‘hunky-looking’ photos got questioned. This week, Ed told the outlet that he thought someone “swiped” them from his “private Facebook account.” But that’s not actually the source, it seems and Ed seems to be wrong. So where did they come from?

90 Day Fiance – Did someone take the hunky pictures from Ed’s private Facebook?

TV Shows Ace wrote an article about Ed back in mid-February. Titled, It Might Be Too Soon To Write Off Newcomer Ed, we wrote about the earlier days of his life. Most of the article focused on how the man with no neck built up a massive sense of humor. We also mentioned how he seemed popular as a young man. In one instance, he described himself as “the class clown.” In that article, we embedded some photos of his early life. While we didn’t embed the two photos now going viral, we knew where they came from.

After speaking to TMZ, they wrote, “[Ed] says he thinks the photo was swiped from his private Facebook page, and someone posted it.” Well, it’s not clear where that first got shared on social media. But, for writers, most of them know that taking pics from a private account’s not very ethical. In our first article about Ed we actually wrote, “In yet another photo, the 90 Day Fiance star suggests rather wryly that he looked great before marriage.” And, we noted that from the caption of a photo we found on his not-private social media.

The other photo doing the rounds on social media shows a young Ed in only his cycling shorts. Again, it’s unlikely that picture also got “swiped” from Big Ed’s Facebook. That’s because here at TV Shows Ace, we know the origin of that picture. Once again, it’s not from Ed’s private Facebook account. It might be on there, but there’s no certainty that’s the origin of the copy now going viral.

After, all, why would someone bother “swiping” from a private account, when they actually sit in Ed’s very own non-private posts on social media? When researching the 90 Day Fiance star for our first article about him, we found both of those pictures. Neither of them was on a locked or private account. Bear in mind, if an account’s private, it’s virtually impossible to embed them.

So where did the two ‘swiped’ photos come from?

As a picture paints a thousand words, see the photos below. As you can see, Ed posted one photo on his Twitter on February 8, 2020. The other one got shared on his not-private Instagram on December 19, 2019.

What do you think about 90 Day Fiance‘s Big Ed suggesting that someone”swiped” these photos from his “private Facebook?” Do you think that mayo hair treatment might have washed away a few memory cells? Sound off your thoughts in the comments below.