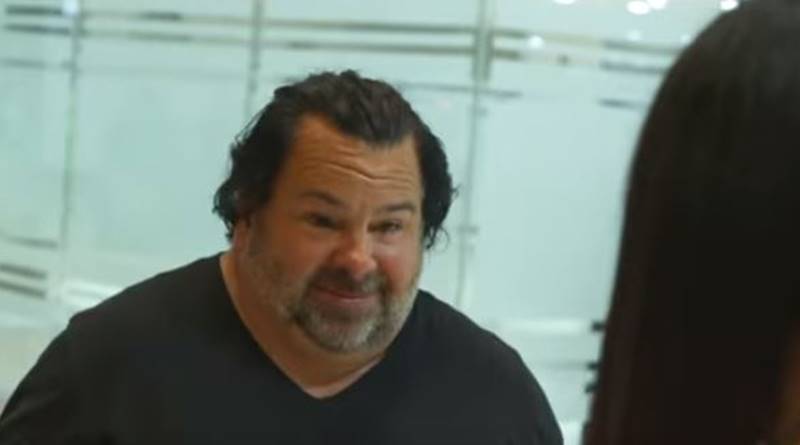 90 Day Fiance: Before The 90 Days Season 4 arrives this month. We see a return of Darcey Silva, but the new couples look interesting in the previews. After the preview release, people body-shamed Ed, but it might be a little too early to write him off. In fact, he could win over fans with his big personality.

90 Day Fiance: Before The 90 Days brings the first same-sex couple, and Ed

Ahead of the new season, fans look out for information about the upcoming stars in the TLC show. And, this season, possibly more than usual, as generally fans think season 7’s utterly boring. TV Shows Ace reported that Darcey returns, and that already gets many critics bored to the core. After all, many of them think all that changes is the face of the man Darcey weeps about.

The same-sex couple seems interesting, as TLC  debuts them for the first time. But when the new 90 Day Fiance preview first came out, Ed, (54) attracted a lot of attention. Sadly, most of that came for all the wrong reasons. There’s no denying Ed’s very short, seems to be missing a few neck bones, and he’s a bit roundish in his physique. In fact, Meaww noted that people openly body-shamed the poor guy.

Big Ed might not be worthy of hate for his body shape, he’s chalked up some success

From the preview and bios, fans know that Ed’s pretty much catfished a woman from the Philippines, Rosemary. She’s 23-years-old and fans instantly noticed the age difference. Ed’s worried that when she actually sees him in real life, she may be put off by his physique. On the YouTube comments section, some fans felt very sorry for him. One person wrote, “That poor little guy with the neck problem, its heartbreaking to see him rejected. Wish he didn’t set himself up for that potential outcome.”

But, while some people felt sorry for him, and others outright body shamed him, it may be too early to make a mockery of the new 90 Day Fiance star. It might help right now, to cast back your mind to the first time fans saw David Toborowsky. David really couldn’t be called the catch of the year at the time. Annie was much younger than him as well. But today, fans simply love them now and they feature on Pillow Talk. While David chalked up some success on reality TV, Ed already chalked up some of his own.

On his Instagram, Ed’s profile explains that he’s an “Architectural interior designer and photographer.” Meanwhile, on his Twitter, he explained in a post that he “Waited tables to earn [his] masters degree in architecture circa 1995.” Chalk that up as major achievement. But life’s not all about seriousness, and certainly, a bit of trolling on his body-shape looks like something he’s used to. Even as a young man, he teases in an ironic and self-deprecating way on Twitter about his classmates.

When I was in high school they dress me up like tattoo from fantasy island for Sam Walton’s farewell parade he was looking on during the parade and a plane flew over and he laughed memories from high school. pic.twitter.com/UtRIOKv8UT

There’s a tweet there that he captioned, “When I was in high school they dress me up like tattoo from fantasy island for Sam Walton’s farewell parade.” People laughed.

Then there’s a photo of him from 1994 as the “master of ceremony for homecoming.” He’s got this jolly smile, and yeah, he’s a short guy. Then he showed off another picture of him at “Bentonville high school in 1994.” He noted, “I was student body president and I was also senior class clown go figure.” Yes, the clown, but from those pictures, the new 90 Day Fiance star looked popular.

I was student body president at Bentonville high school in 1994 I was also senior class clown go figure. pic.twitter.com/zLAl7CuUv3

In yet another photo, Ed suggests rather wryly that he looked great before marriage. Then over on his website, he describes himself as, “I love drinking Malbec..! I only drink Malbec..! I drive a Vespa and my dog’s name is Teddy..!” Okay, so he’s putting himself out there in a self-mocking way, but it shows he’s able to laugh at himself, at the world, and alongside his friends. And just take a look at this video clip on Instagram:

Pays the price for setting his yearly sales goal to high, I did 1,050,000 but set my goal to high and now paying the price..

It’s quite possible that someone already scorned by 90 Day France fans might just turn out to be a character that fans learn to love – like David Toborowsky. What do you think? Sound off your thoughts in the comments below.

Remember to check back with TV Shows Ace often for more new about 90 Day Fiance: Before The 90 Days that premieres on February 23 on TLC.