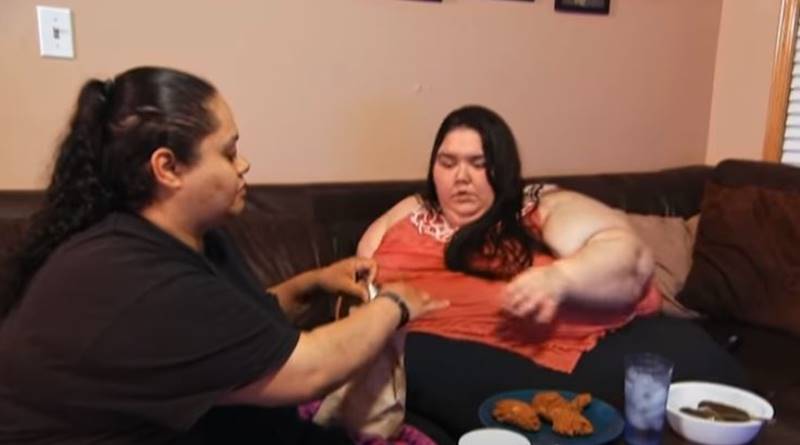 My 600-LB Life fans got treated to a re-run of Annjeannette Whaley’s episode on TLC back in December. Plus, news came of more coverage in Where Are They Now? Back in December, she and Erica reconciled and the news came via her Facebook. Now, new news reveals that she became the eighth person from the show to bring a lawsuit against Megalomedia.

Fans of the show first saw Annjeanette in 2019. She initially weighed in at 679 pounds. But, fans then saw her tackle the issues with determination, and she shed 274 pounds. However, the story came with heartbreak as well, due to arguments over Annjeanattet hiding her real snacktimes and what she ate. She and Erica bust-up over it. So, fans reacted happily when the news came that they got reconciled, we reported.

Now, she joined the growing list of My 600-Lb Life stars who bring lawsuits against Megalomedia, the production company for the TLC show. One of those, David Bolton, claimed the company promised to pay his medical costs but he ended up lumbered with the bills. Not only that, but he also felt the show racked up the drama at the cost of his mental health. TV Shows Ace cited Starcasm as saying, David felt he “was taken advantage of by the producers of a reality show that…focused only on ratings while neglecting the welfare of those who appeared on the show.'”

Starcasm revealed the news that Annjeanette claims that Mageaomedia promised her that medical costs came in the package deal. The news outlet pointed out that other cast members also alleged the same thing. However, Dottie Perkins and Nicole Lewis were previously the only My 600-LB Life stars who claimed “outright fraud.” Now, Annjeanette joined in with the same complaint. The outlet exclusively revealed that her lawsuit said in part, “[Megalomedia] promised that they would pay all medical bills associated with Dr. Nowzaradan’s care and any surgery”…but, “they did not.”

Now she’s the eighth person from My 600-Lb Life who joined in with the lawsuits. Annjeanette felt that the unpaid medical costs added to her poor metal health. Other stars already part of the legal dispute include David Bolton and Maja Radanovic.” Then there’s Gina Krasley, Jeanne Covey, Dottie Perkins, and Nicole Lewis.” The first lawsuit came from the family of the now-deceased  LP Bonner.

What do you think about the growing number of stars bringing these lawsuits? Sound off your thoughts in the comments below.