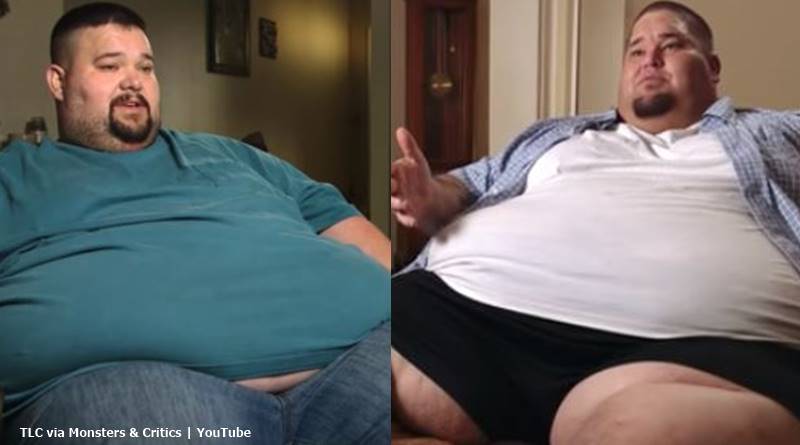 My 600-Lb Life star David Bolton appeared on the TLC show in March 2o18. He and his brother Benji jointly weighed in at a whopping 1,300 Lbs. David, the heavier of the brothers ended up with a happy outcome as far as viewers were concerned. And, the show doesn’t always end well for some people. Despite, that, he’s suing the production company Megalomedia.

My 600-Lb Life star David lost loads of weight, but it doesn’t always go that well

Recall Sean Milliken? He weighed in with one of the biggest weights on the show. But he struggled terribly and at one stage peaked at over 1,000 Lbs. He really struggled with depression, although he managed to lose about 400 pounds in 2016. Chalked up as a success at the time, he later passed away after a chest infection, TV Shows Ace reported.

Meanwhile, for David Bolton, the ending was a much happier one, for him at least. He lost a lot of weight and continued to do so after his season ended. He lost 319 lbs and suffered from some pain in his teeth. Apparently, that sometimes happens after gastric surgery. Although he struggled initially, his brother Benji also lost a lot of weight. However, no longer under imminent threat of death from his body weight, David’s suing the My 600-Lb Life production company.

Starcasm reminds their readers that LP Bonner’s family also sued Megalomedia recently. He died from suicide and the family believes it’s partly because of the pressure the production company put him under. He also suffered from teeth problems and mental health issues. David’s using the same attorney as the Bonner family and similarly claims mental health problems.

The outlet reported that David feels he “was taken advantage of by the producers of a reality show that was focused only on ratings while neglecting the welfare of those who appeared on the show.” Depression seems a common problem with the My 600-Lb Life stars, but David claims Megalomedia never offered any “mental health assistance.” He also believes the way they staged the drama stressed him a lot.

According to David’s attorney, he thought medical bills would be taken care of. Allegedly, Megalomedia “promised that they would pay all medical bills associated with Dr. Nowzaradan’s care and any surgery.” However, that never happened and Davids been feeling under a lot of pressure to settle his medical bills.

With two lawsuits on the table, it seems that Megalomedia’s taking a tough stance on claims like this from the TLC stars. Starcasm reports that in regard to former lawsuits, they said, “If the Company determines the lawsuits are without merit…it will aggressively deal with them and seek attorneys fees, costs and sanctions against the Plaintiffs.”

What do you think about David Bolton suing Megalomedia? Do you think he’s likely to win? Certainly, it looks like the attorney might rack up a few more cases if he does. Sound off your thoughts in the comments below.